Written by TheBrooklynMet at 12:50 PM
Since, I received this pack for coming in second place in Madding's NCAA bracket contest, I thought I would post it for everyone to enjoy.

As always I start with the pack wrapper: 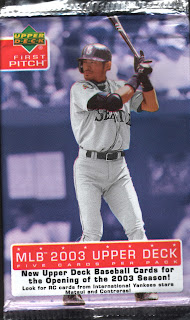 Here was, by far, the best card of the pack, a Roy Oswalt. Oswalt is an interesting player: he has been one of the top pitchers in the NL for a while. Yet, he still does not come very close to the Hall of Fame according to several different metrics (you need to scroll down quite a bit). 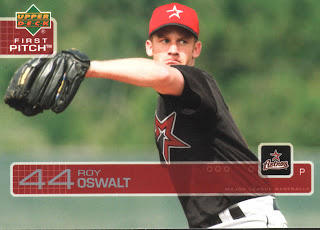 Here's the back, so you can take a look at some of his stats in case you do not want to click on the link. 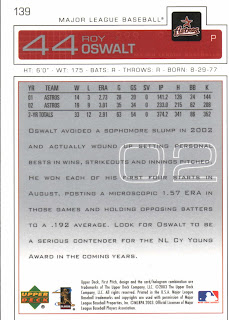 I guess to be fair Klesko had the longest career, Jenkins a shorter but still solid career, and Gibbons never got a second chance after failing a PED test.


Last, is a "Star Rookie" of a player who had an even shorter less productive major league career than Gibbons: Raul Gonzalez. Maybe he decline the PEDs. Hey, at least I pulled a Met! 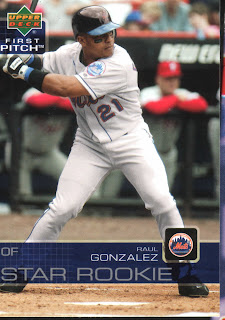