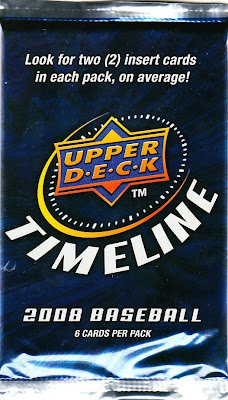 OK, it's about time I finally got off my proverbial Roger Clemens and posted something here.

After the recent card show, I can barely afford to buy random wax. Fortunately, Kmart is featuring a fairly good selection of marked down goodies these days. I grabbed a blaster of Upper Deck Timeline for $10.99, which the sticker said was a "Fantastic Value!"

Personally, I consider a blaster for $2.99 a "Fantastic Value!" A blaster for $10.99 is merely an "Appropriate Value!" for a two-year-old product. But that's why I'm not in advertising.

Anyway, each blaster promises a memorabilia card (on average). So I'm going straight to the memorabilia pack. Memorabilia packs include only four cards, which Upper Deck doesn't tell you anywhere on the box or the pack. So if I'm taking things literally, I'm owed two more cards.

I'm sure UD will hop right on that. 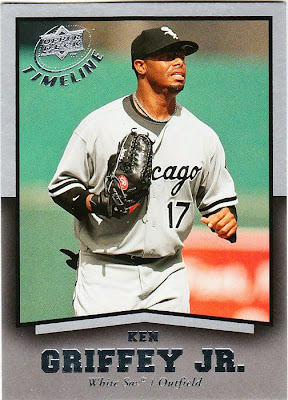 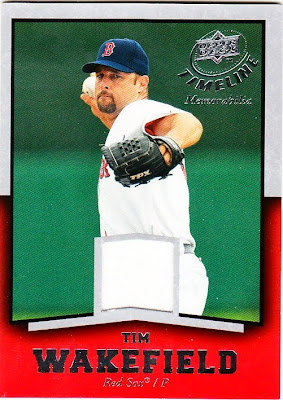 Wakefield began his career as a first baseman about 4,000 years ago in the town in which I currently reside. 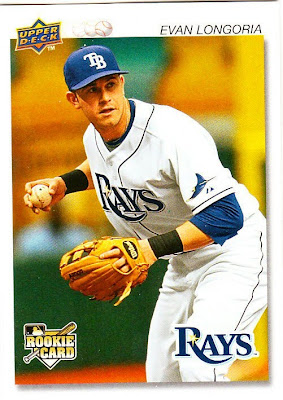 Evan Longoria, with the now old-school rookie card logo. This is the 1992 minors design. 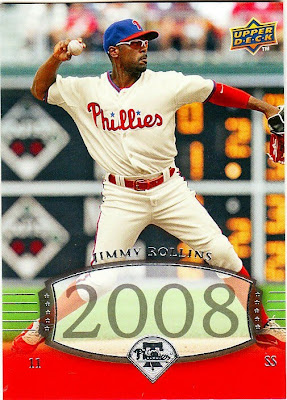 Jimmy Rollins, fresh off his 2007 MVP award, on the Timeless Teams design.

I still like this set a lot. I'll have to pick up a few more blasters.

Another Timeline collector previously posted a hobby pack of this stuff.

Even Jr. looks pained to be in a White Sox uni.

I've still got a pile of doubles from this set if you decide to tackle the set. I'll have to check the only K-Mart left in the state this weekend to see if they have any of these.