Written by Community Gum at 9:09 PM
After something of a hiatus, I'm back to continue the Basketball Playoff Pack Purge. Luckily the NBA Playoffs last for-freaking-ever and I still have plenty of time to post. I only have four left, including this one, so if you're not a fan of the hardwood, you can soon rejoice. 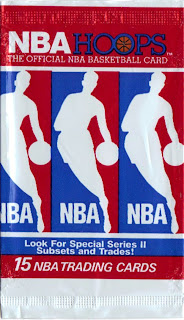 Today's pack is a wonderful blast from my past. This pack is series II, but it includes cards from both. Think of it as Upper Deck Hi & Lo for Basketball. The wrapper is many things, but confusing it is not. It's pretty easy to tell what's inside of this stretchy plastic shell. 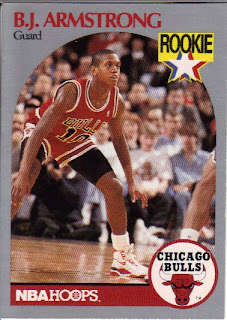 #60 - B.J. Armstrong - Baby face BJ. He was vital to our team's success for the first three championships. It was quite upsetting to see the Bulls put him up in the expansion draft (picked by the Raptors, with I think their first pick - please correct me if I'm wrong). Of course, Steve Kerr made things okay again. 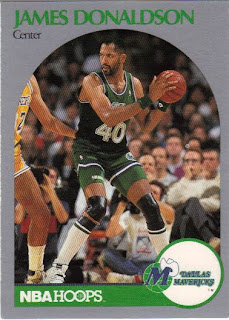 #85 - James Donaldson - Look at those wrapped up legs. Either he's riding a motorcycle and forgot to take off all his gear or he's another big man with a failing body. 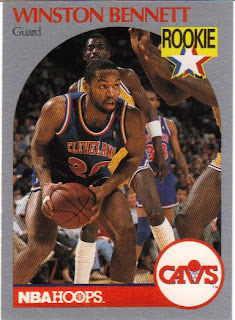 #70 - Winston Bennett - Picked in the third round. I don't believe that exists anymore in the NBA. Nice impending action shot. Not so nice career. 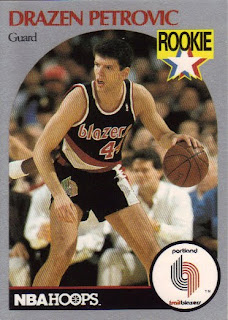 #248 - Drazen Petrovic - You know, I always have to wonder "what if" when I see his cards. 1993 was a sad year for basketball fans as we lost Reggie Lewis to heart conditions and Drazen in a car accident. He was a superstar in Yugoslavia and Croatia and won three Olympic medals. 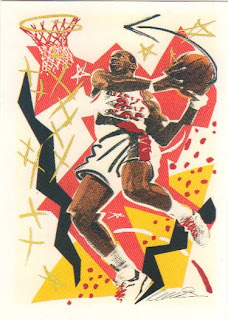 #376 - Clyde Drexler - Team Checklist - I love the checklist cards in this set. Each one is handled by a separate artist. It's such a break from the monotony of the silver border that you really feel like you got something special in your pack - and it's only a checklist. 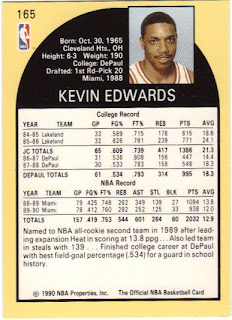 #165 - Kevin Edwards - As you can see, the backs of the cards utilize the same shape as the front. Every player gets full college stats, which is a nice touch. It may not be the best card back ever, but it's pretty solid, I think. 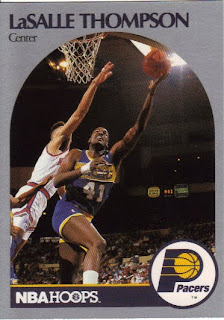 #140 - LaSalle Thompson - Short shorts and the hideous old Pacer uniform: not a winning combination. Nice shot of John Starks and his high-top fade struggling to block the shot. 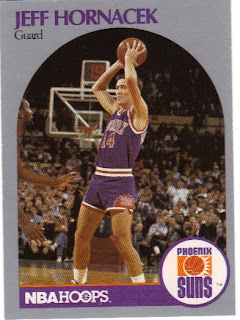 #236 - Jeff Hornacek - Here's one of those players I always hated because of how good he was against us. I also remember him not being one of the cleanest players on the court. Don't let the haircut fool you. He'll probably try to get away with some stuff. 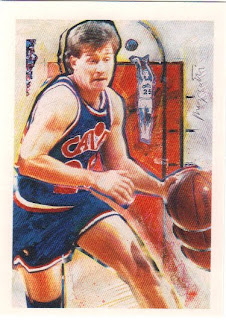 #359 - Mark Price - Team Checklist - Hey, another one! This drawing looks a lot like it belongs in the opening credits of some TGIF sitcom. This one's not nearly as cool as the Drexler, but still interesting. 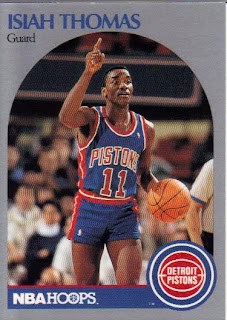 #111 - Isiah Thomas - According to this, his middle name is Lord. Can't say I knew that before. 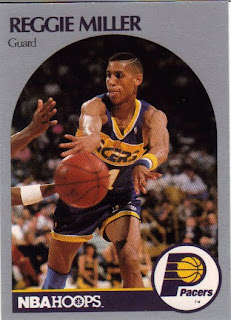 #135 - Reggie Miller - Two '94 Dream Teamers back to back. I may have mentioned this before, but I liked Reggie if only because he was death for the Knicks. He hurt us two, but no one ever made a documentary about that. 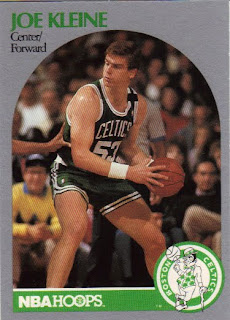 #42 - Joe Kleine - What a waste of a 6th overall pick. Can't say there haven't been worse, however. Joe had a short stint with the Bulls, but honestly, what team didn't he play for? 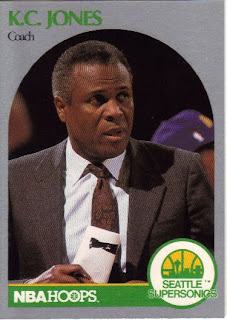 #329 - K.C. Jones - Played with and coached the Celtics in championship seasons twice each. 4 rings ain't too shabby. Let's see the Sunshine Band do that! 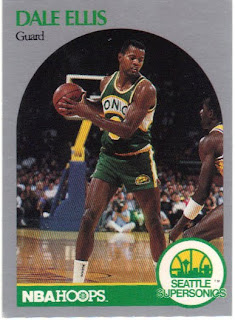 #277 - Dale Ellis - Maybe it's just me and where I grew up, but Dale Ellis always seemed to be vastly underrated. After he hit Seattle, the guy was putting up massive numbers and played a great all-around game, yet he rarely got much attention or All-Star acknowledgment. 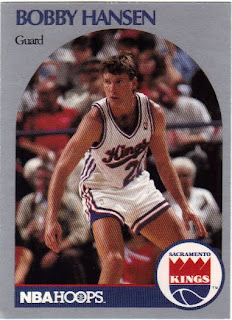 So there you have it. It's a nice set. The silver does get old after a while, and it does look quite a bit like every other Hoops release up to this point, but it's not so ugly that you wouldn't still want to collect it. Besides, any product that makes checklists this cool can't be all bad.

I'm pretty sure BJ Armstrong was chosen by the Raptors, then refused to report and was traded to the Warriors.

Nice to see you pulled two of my favorite Iowa Hawkeye players! I loved watching B.J. play for the Bulls and one of my favorite cards I own is an Ultimate Signatures to /10 that I found of him!!

RWH - I completely forgot about that somehow. Must have blocked the memory, but now that you mention it, I do have Warrior cards of him, but no Raptors.

Darkship - That would be an amazing card. Congrats on that!

Nice to see all the B.J. love (that sounds wrong).