Written by ¡El Roberto! at 10:25 AM
Hey guys/gals new member of the team here so I thought I would start things off by opening up an extremely rare high end vintage pack. 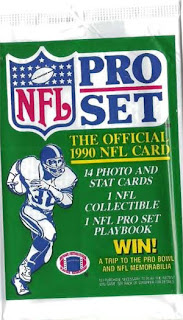 My as advertised "Pro Set Playbook" a game entry piece, fingers crossed I have a chance to win a trip for two to the 1991 Pro Bowl...... 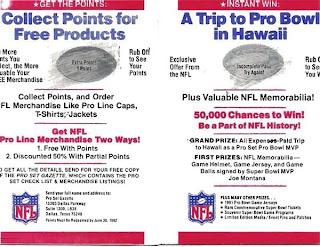 My as advertised "NFL Collectible" 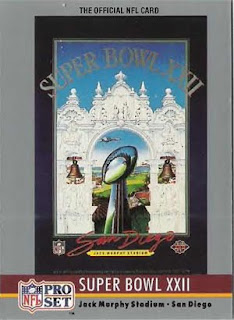 A whole lot to not enough. Did you know Pregame show was Bob Hope, US Navy Blue Angels staged a stadium flyover and Former Packers and Don Hutson, a charter member of the Pro Football HOF tossed coin on his seventy fifth birthday?

Now onto the haul

First off some guy named Elway
#88 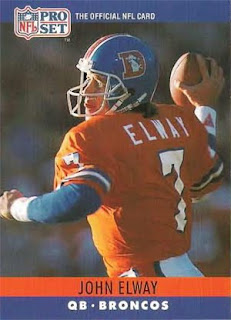 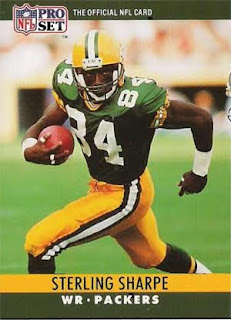 I'm feeling some HOF Mojo!! This obviously can only get better
#124 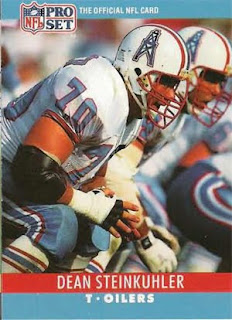 I guess the HOF rollercoaster has ended. At least Dean has a funny last name. Also pulled an All Pro so you know he must be good
#356 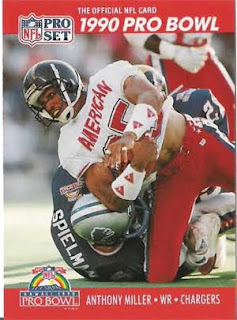 Say what you want about Pro Set, but I really like this set always have, probably should by a box just for kicks.

my favorite was 1991 pro set, maybe its the nostalgia but i really liked the photography (they had access to nfl films photography database) and i think they included every football player known to man

I feel Dent and Norton were worthy of scans.

It's stuff like this why I enjoy junk wax. For 50 cents to a $1 you can pull cards and still feel good about it. Must be the nostalgic feel when you pull out cards like Bo Jackson to Joe Montana and it takes you back those days. Sadly I hardly get that feeling when I buy packs of current stuff.