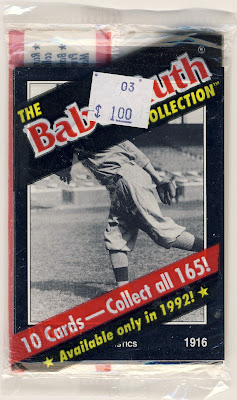 If for no other reason this set is pretty great because of its photography. I'm personally not a Babe Ruth fan. I appreciate what he accomplished both as a pitcher and a batter but I would never try to track down one of his cards or signatures.

Some of these photos I had never seen before including Card #1 with him pitching or Card #35 with him sliding into third base. Seeing Babe in an action shot just seems so odd as he is usually just standing there with a bat on his shoulder or practicing his swing. 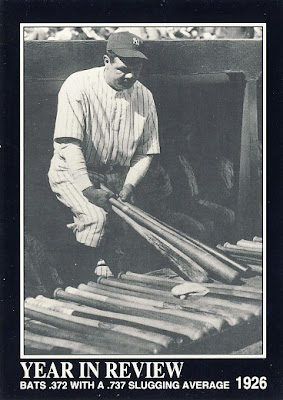 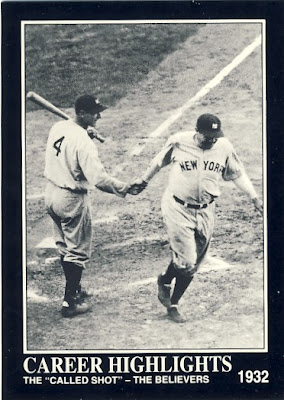 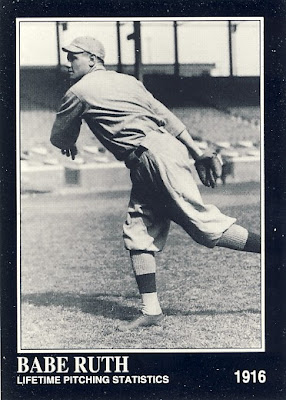 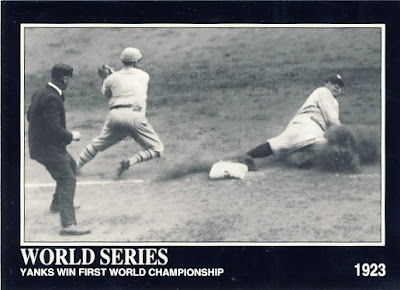 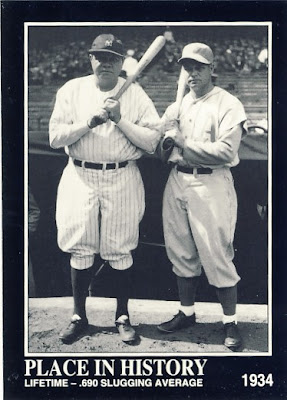 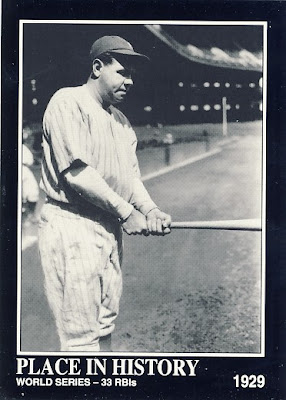 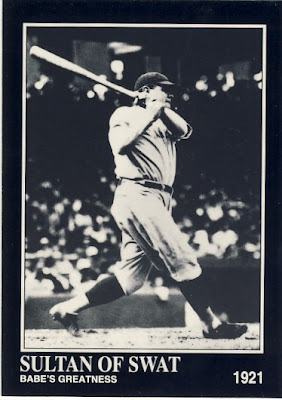 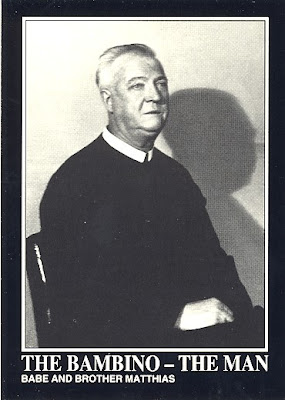 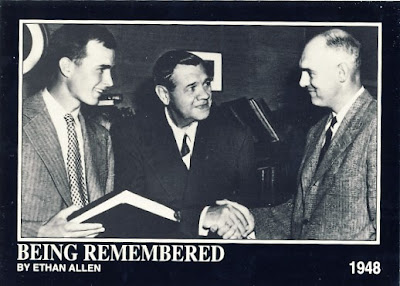 #134 The Bambino In The Movies 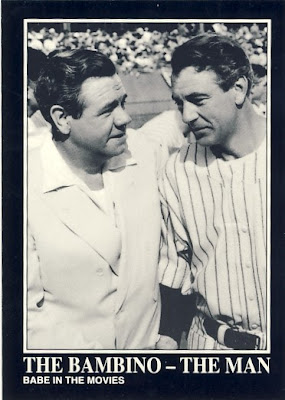