Written by Collective Troll at 9:52 AM
I have been ripping junk wax like its going out of style. Wait, it is? Okay. This rip is of 1991 Leaf Series 2. The foil pack promises 15 baseball cards and 3 puzzle pieces. I was a little bit psyched when I saw no one had ripped any of this for this great blog. 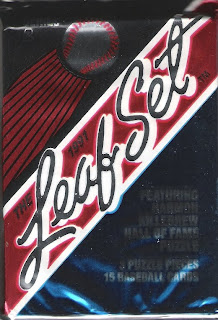 I was honored to be the first. I couldn’t wait to tear into this as I remembered it being a really cool set. I was wrong. I had it confused with another 90s Leaf issue. I think this photo-corners idea gone wrong set is one of the ugliest sets of the junk wax era. Anyway, here is what I got: 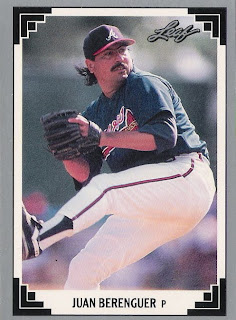 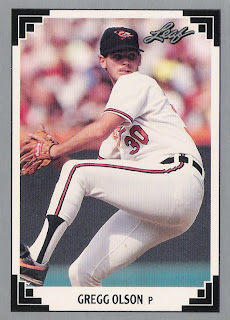 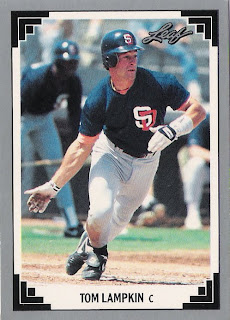 This guy has a 13-year long big league career. Card #397 of his teammate in San Diego, third baseman Scott Coolbaugh. 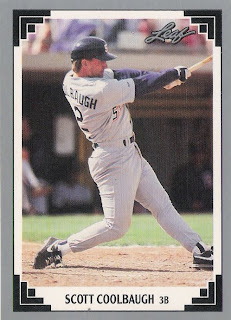 Coolbaugh's career was a little shorter, lasting only 4 seasons, but he did hit 2 homers in each of those 4 seasons. 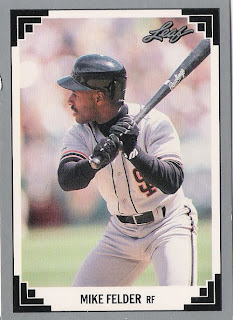 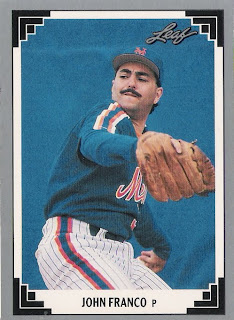 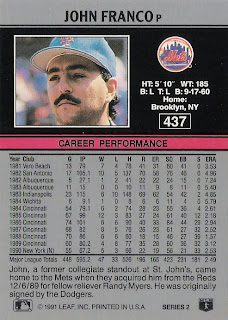 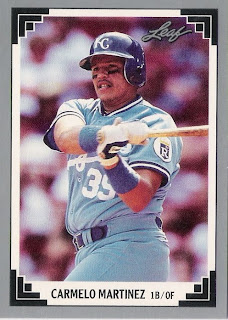 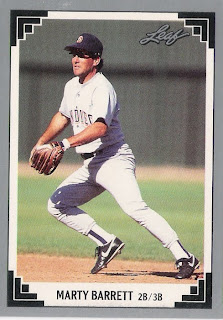 Barrett only spent one year in San Diego. He spent the first 9 with the Red Sox who grabbed Barrett with the first pick in the 1979 draft. Card #409 of Jaime Navarro. Son of Julio “Whiplash” Navarro. 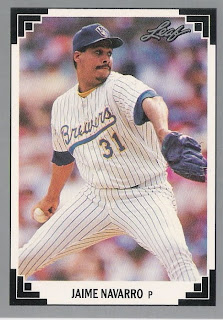 If anyone knows where the elder Navarro got that nickname, please enlighten me. Card #430 of Orioles shortstop Cal Ripken. 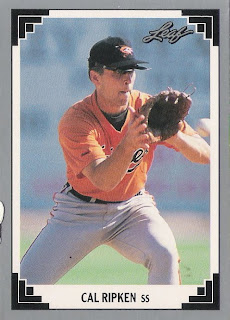 The Iron Man, now we’re talking! As much as I hate this set, I don’t mind the back of the card. I like the black and silver coloring with the small color photo and I like that they have everyone’s COMPLETE stats on the back. 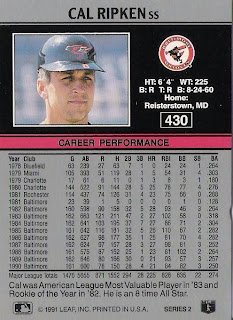 You can see that Cal hit .180 for Charlotte in 1979. I wonder if prospectors were ready to write him off after that. Card #411 of Dodgers centerfielder Brett Butler. 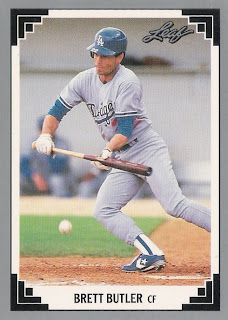 I liked Butler as a player. Gritty tough and always playing hard. He did think he was a lot faster than he was though. He led the league in caught stealing 3 times and ranks third All Time in that dubious category. He was successful some of the time and it is only fair to point that his 558 steals is 24th All Time. Card #416 of Expos pitcher Chris Nabholz. 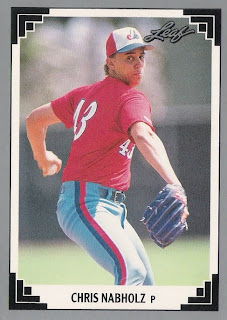 The back of the card calls him a pleasant surprise after he won 6 games for Montreal in 1990. Not bad for a rookie, but he was a second round pick; I would imagine that was the expectation. 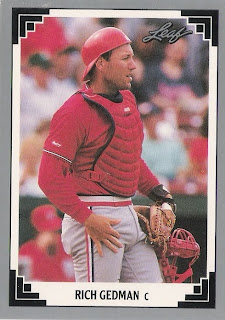 Card #418 of Cardinals catcher Rich Gedman, another former Boston player who ended his career in the NL. Gedman had the tough role of taking over as the Red Sox backstop after Carlton Fisk split. He was twice an All Star for the Bo Sox. Card #423 of Texas Rangers Ace Nolan Ryan. 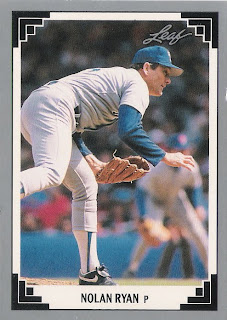 I had mentioned after posting the back of Cal Ripken’s card that these were really neat because they showed off the complete statistics both Minor and Major League. Leaf did include all of Ryan’s big league stats, but didn’t include his minor league stats. At 44 years old Ryan struck out over 200 batters for the Rangers in 1991. 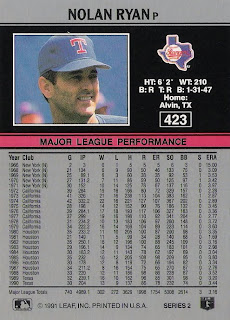 Over his 27 year career Ryan led the league in strikeouts 11 times, the last time at 43 in ’90. Ryan is of course the career leader in Ks with over 5700. The active strikeout leader is Jamie Moyer who is over 3400 strikeouts behind Ryan, so I think his record is safe for now. The last card out of the pack is card #404 of Cardinals pitcher Juan Agosto. 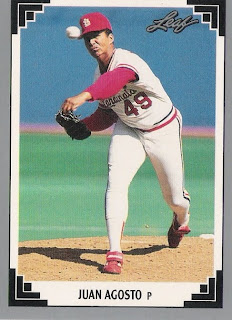 The back of the card lists Agosto’s home town as Sarasota, Florida, the town next to mine. 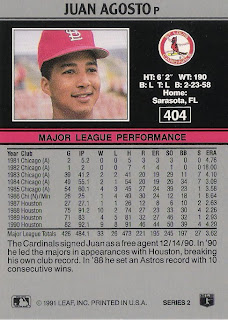 Agosto broke into baseball with the White Sox whose spring training home is Sarasota. A lot of us moved to this area to play ball and just stayed here. The final “card” in the pack was my three Harmon Killebrew puzzle pieces. 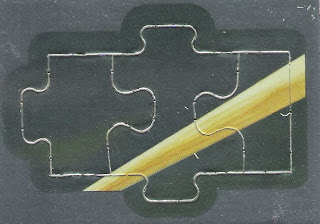 I have been becoming more of a fan of the Killer of late and was psyched to put together a puzzle of him, but you can’t really tell who it is from these 3 pieces. Well, that is it. Another pack down for the 200 pack plus group break. 15 more cards including 2 Hall of Famers. Not too shabby I guess. Does anyone like the design of this set? I’d love to hear from someone who digs it. Maybe I am just being petty. Thanks for reading. I love this hobby! Pack ripping forever! Troll out.

Gotta love seeing Ryan come out of a pack!