Written by Collective Troll at 1:53 PM
Today’s Edition of Troll on a Pack to be Named Later is of 1991 Studio. 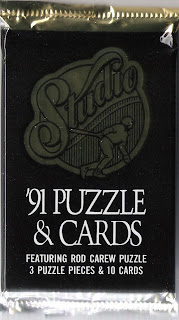 This was a part of the family of Leaf and Donruss cards. The front of the pack merely advertises that this is a pack of ’91 Puzzle and Cards and the buyer will receive 3 pieces of a Rod Carew puzzle and 10 cards. If you flip the pack over and peel it back you can read this: “This unique, limited edition set features striking black and white photographs that capture the character and intensity of 260 of today’s top stars and rookies. 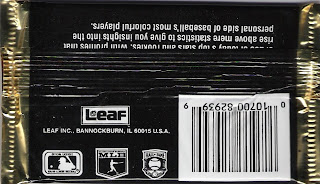 With profiles that rise above mere statistics to give you insights into the personal side of baseball’s most colorful players”. Hmm. Lets see if this pack lives up to the hype… Here is what we got: 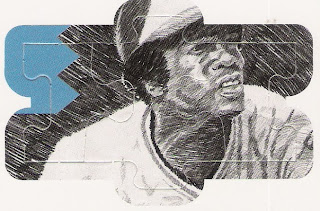 First out is the 3 Rod Carew puzzle pieces. I was thinking I would get 3 puzzle sections, but it is one card worth of Carew in three small pieces. Onto the cards. 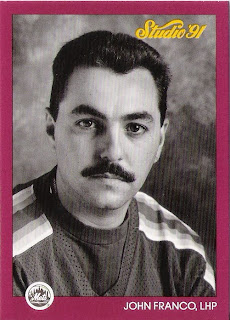 #203 of Mets reliever John Franco. Franco likes to watch Dragnet and the Cosby Show on TV. 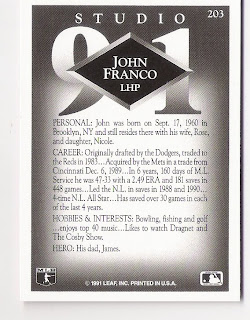 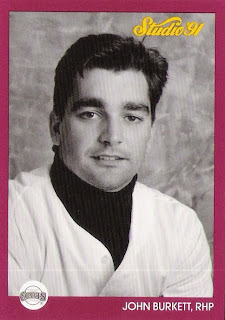 Burkett is also a professional bowler with 3 300-games to his credit. 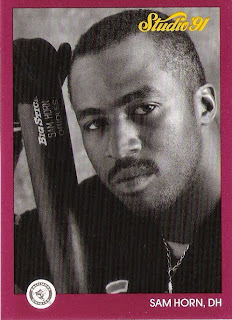 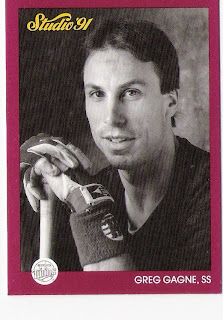 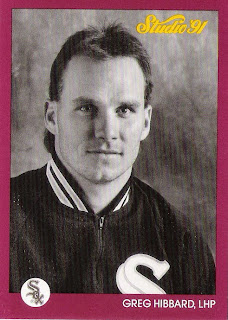 #34 of Gregg Hibbard, left handed pitcher for the White Sox is a fan of the New Orleans Saints. 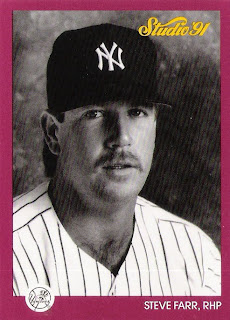 #92 of Yankees pitcher Steve Farr snuck a hat into the “studio”. He collects cars and is a Redskins fan. 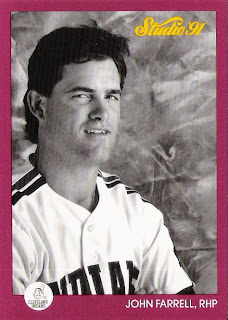 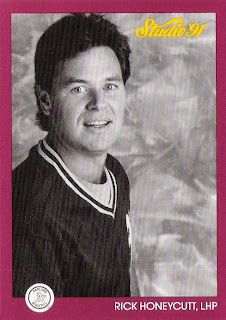 Next is #105 of A’s pitcher Rick Honneycutt. 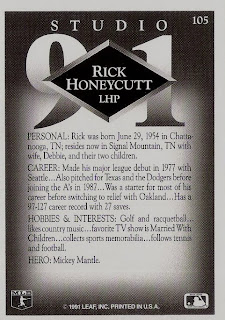 His hero is Mickey Mantle and his favorite show is Married with Children. Honneycut is also a collector of sports memorabilia. 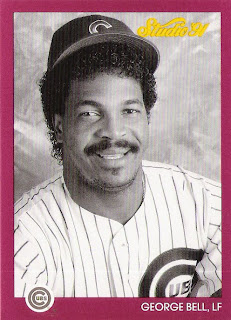 Next up is card #151 of Cubs slugger George Bell. I’ve heard Bell called the Oscar Gamble of the 80s before. This card helps to sell that tag. It looks as though his hair gave birth to a tiny Cubs hat. The 1987 MVP likes “watching old movies and helping poor children”. He likes South American and slow dancing music, his favorite show is Cheers and his heroes are Rico Carty and Cesar Cedeno. 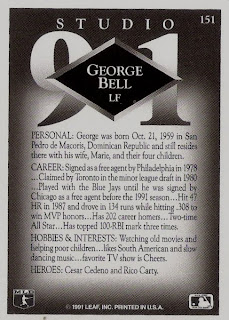 Finally the 10th card out of the pack is another pitcher, card #55 of Tigers pitcher Bill Gullickson. 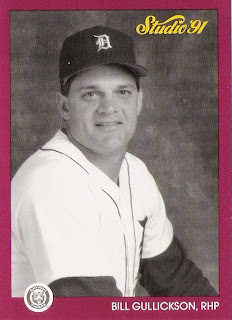 Gully is in full uniform for his studio shot. He was second in the ROY vote in 1980 and is a fan of the San Francisco Giants? Interesting team for a member of the Tigers to be a fan of…
So what do you all think? Did they capture the character and intensity of the games top players? Thanks for reading. Troll out.

My gosh, with all the funky early 90s bad hair I really hoped for a comment. I did open a second pack of this after posting and did much better. George Brett, Wade Boggs, Dwight Evans... They all go into the team piles for the group break. Thanks for reading!