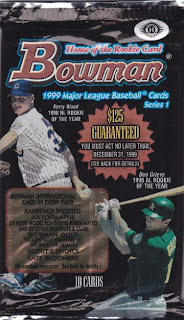 Here is pack 8 of a hobby box of 1999 Bowman that I'm in the middle of "breaking" over at Cards on Cards. I believe the box ended up costing me $15. I probably overpaid, but it's a far cry from the $125 guarantee offered on the box itself. 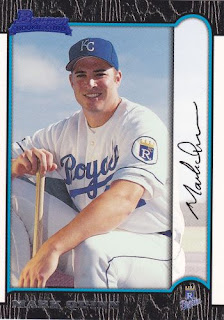 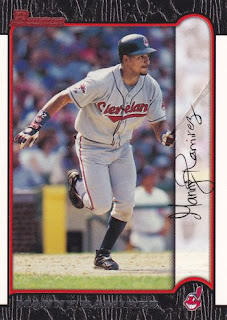 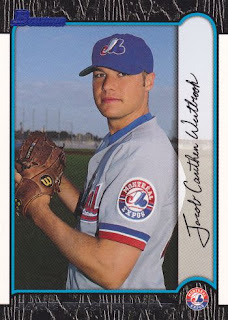 112 - Jake Westbrook (Westbrook seems to be having a rough go of it, post-Tommy John surgery.) 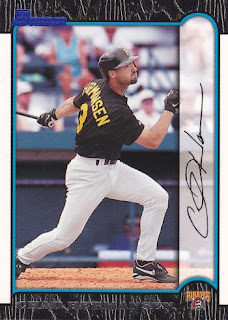 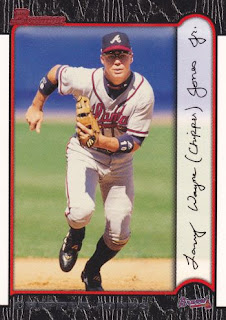 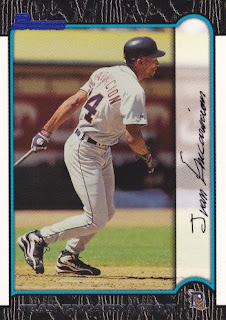 139 - Juan Encarnacion (The first baseball blog I ever got into tried to install Instant Breakfast as a nickname for Encarnacion in his Cardinal days. It never stuck and his blog, sadly, disappeared.) 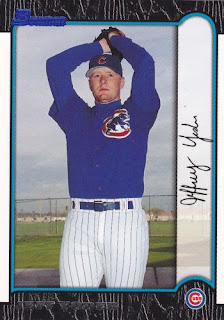 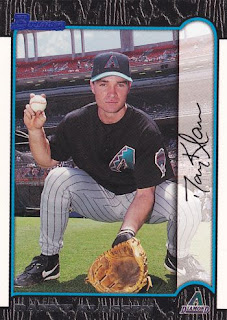 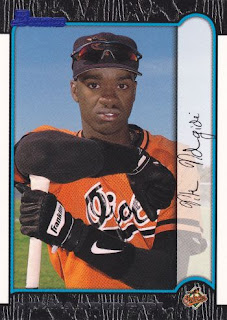 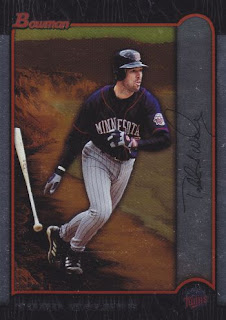 21 - Todd Walker International (This is the one-per-pack Bowman International parallel. Instead of a natural background, each player is pictured in front of his home state or country and the cards have a bit of a foil look to them. Todd Walker was apparently born in a volcano.) 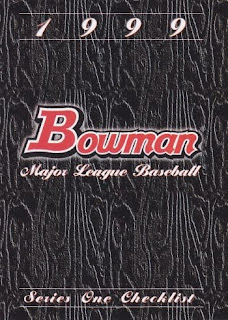 And each pack has one of these lovely checklists, which fold out like cheap team pocket schedules.

Walker was born in a volcano?! I guess I'd better update his wikipedia entry then!

Mark Quinn was the AL Rookie of the year....and then flamed out. The Royals just can't catch a break