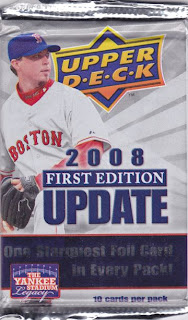 2008 was such a different time. There were two companies licensed to produce baseball cards, and the economy was such that there was ample opportunity to put together a throwaway set like a second series of Upper Deck First Edition. These cards had a matte finish (as opposed to glossy) and white lettering instead of foil. I almost prefer these to the base set in a way. 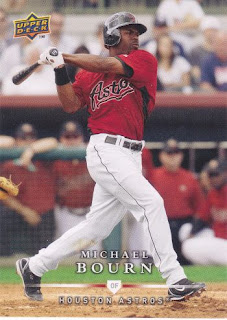 370 - Michael Bourn (Bourn has been just about the only thing that's worked out for the Astros in recent years. It's odd, because committing to him as an everyday player was one of their biggest gambles.) 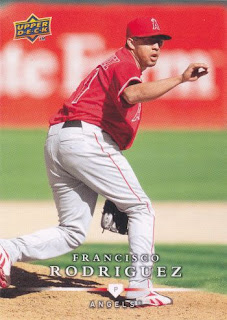 379 - Francisco Rodriguez (What would K-Rod do without his lucky shades?) 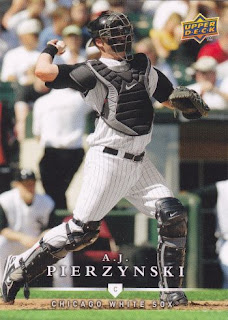 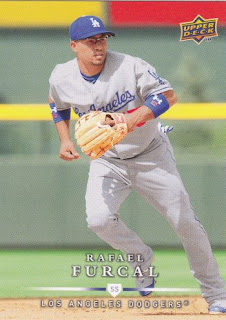 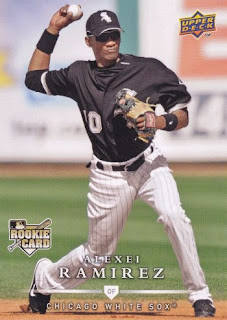 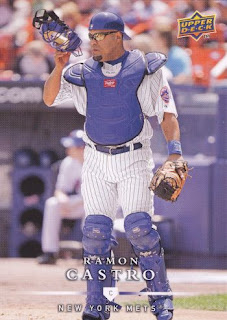 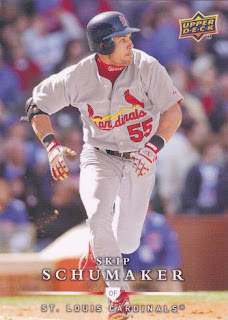 472 - Skip Schumaker (Schumaker made the conversion from the outfield to second base last year, and even meddlesome Tony La Russa has resisted the urge to throw him into the outfield this season.) 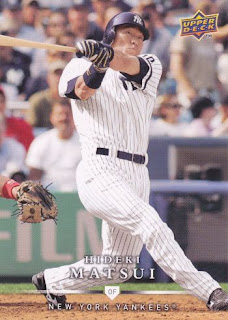 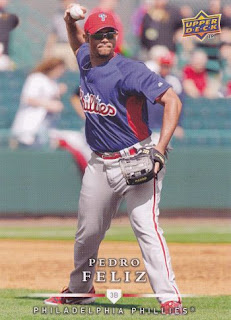 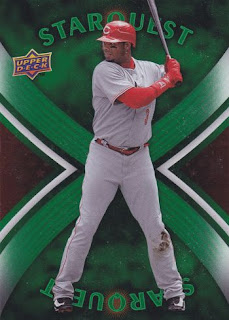 SQ-51 - Ken Griffey Jr. Starquest (This has to be Griffey's last season, right?)

This is a nice looking set. I liked it better than Upper Deck's base set that year.

Great comment Dave, I was thinking the same thing!