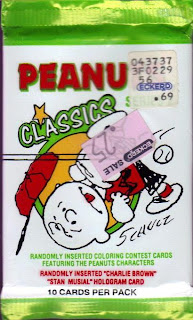 As we've seen numerous times already (just check the side bar with packs we've already opened!), the 90's were a time for anyone and everyone to produce card sets.  To that end, ProSport Specialties Inc created a set in collaboration with Charles Shulz featuring "Peanuts Classics." 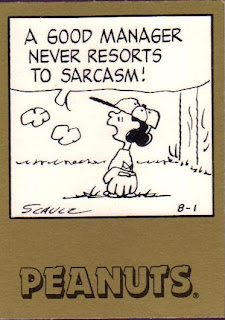 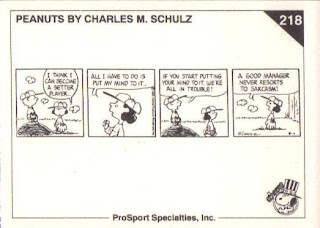 Each card shows a single comic frame on the front, surrounded by either a gold or silver border and the "Peanuts" logo.  On the back, the entire comic strip appears which contains the frame on the front!  It is a VERY cool concept in my book! 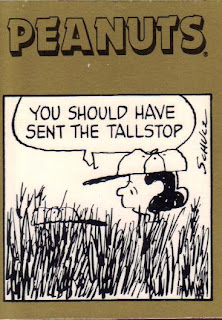 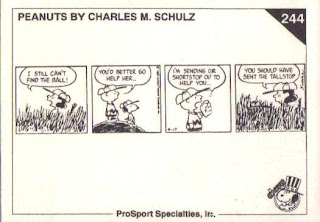 Not every card's front image is the first frame of the strip itself.  I think that is also a very clever way to have developed this set of cards.
Rather than bore you to tears with my own witty banter, I will step aside and let the master do the talking: 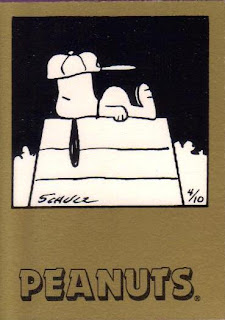 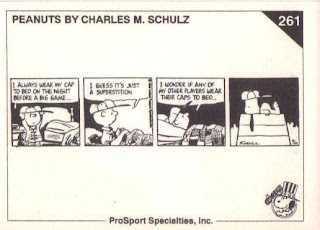 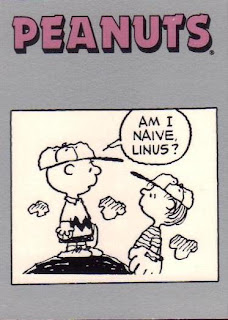 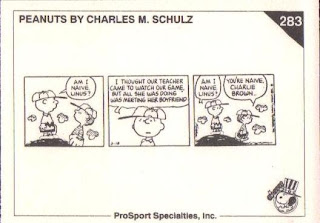 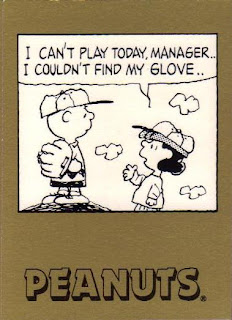 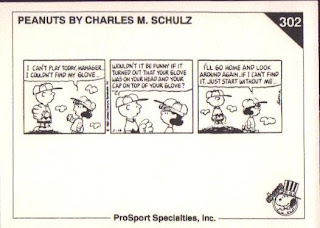 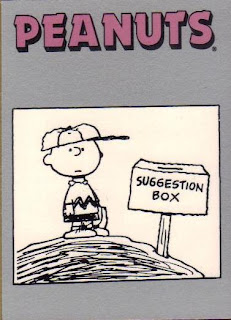 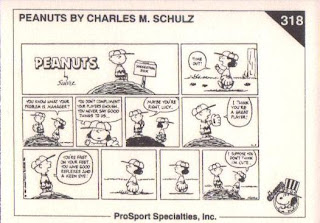 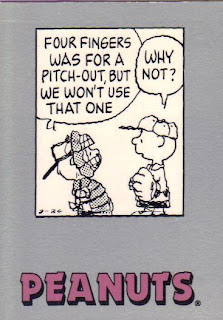 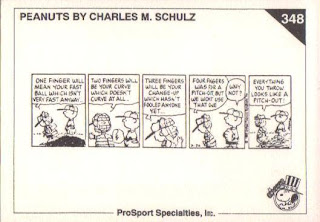 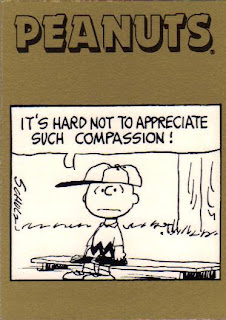 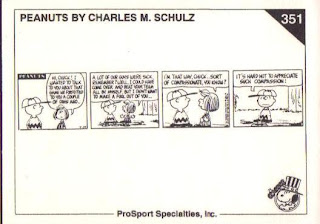 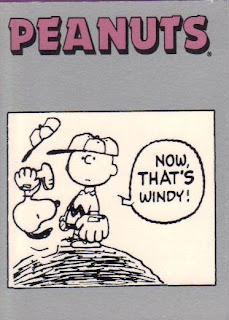 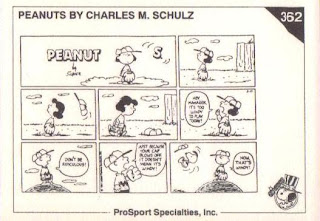 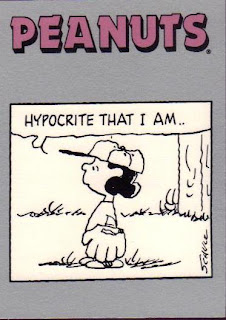 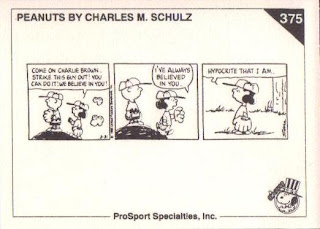 This is a cross-blog post. Related articles appear on the following blogs:
A Pack To Be Named Later
A Pack A Day
Things Done To Cards

I love The Peanuts but it seems like they could've done so much more with this set. I'd love to see a really well done Peanuts set come out but I'm not holding my breath on that.