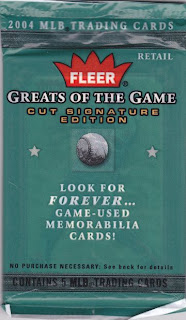 For as much as I enjoy the 2002 Fleer Greats set, this one is even better. The photos are set into a frame with raised borders and the whole thing just looks really nice. I got this pack inside a beat up old repack box at K-Mart that was heavily discounted. I would love to find more packs of this stuff as well. 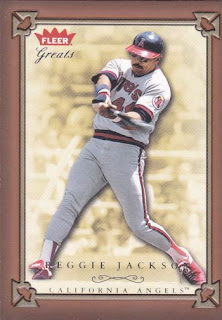 121 - Reggie Jackson (Reggie didn't have his best years with the Angels, but he did have his own Nickelodeon show!) 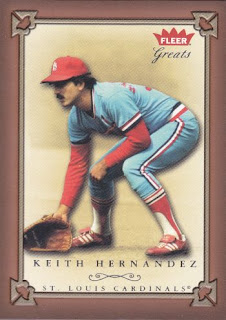 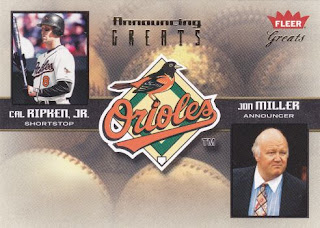 9 of 10 AG - Cal Ripken Jr. / Jon Miller Announcing Greats (This is kind of a strange card. Jon Miller was the Orioles radio announcer before he was calling Giants games and this commemorates Ripken's streak. I wouldn't mind the Steve Garvey/Vin Scully card just because I think Vin is awesome. These are inserted at a 1:12 pack ratio.)
- Flair ad / dummy card 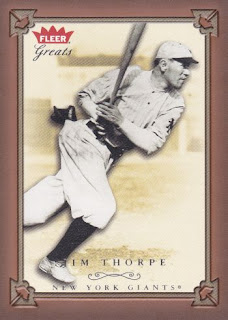 109 - Jim Thorpe (You don't think of Jim Thorpe as a baseball player first, so it's pretty cool that Fleer made this card.) 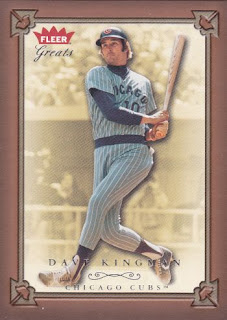 85 - Dave Kingman (It's too bad to end on a dud, but... oh well. The Cubs tried the blue road pinstripes look for a time, but I'm not digging it. Not a good look, Chicago. Not a good look.)

I've never seen these. I'd like to find a pack in the discount section.

It's the powder blue. No shade of pinstripe can ever hope to look good on that.