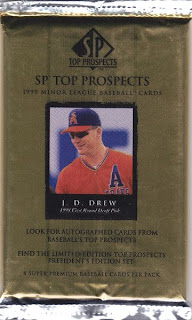 As difficult as it is to follow up a post about a can of cards, someone has to do it and that someone is apparently me. Here's a pack of minor league cards featuring the ever popular coverdude, J.D. Drew. Unless I run into some Cardinals-affiliated stuff here, all of these cards will be going into the pool for my third minor league giveaway that usually happens around the festive holiday season. 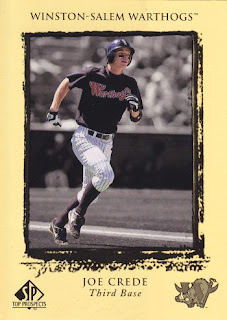 33 - Joe Crede (Hey, I've actually heard of this guy. Crede hasn't played this season but as far as I know hasn't officially retired. That seems to be the popular route to take these days. Speaking of which, it sounds like Pedro Martinez is on some sort of "I'll pitch a few weeks every even year" routine now.) 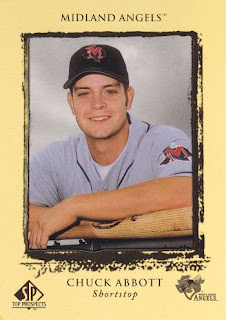 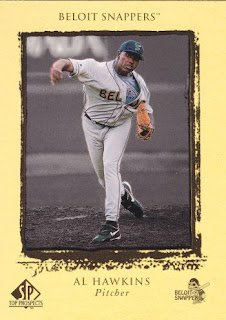 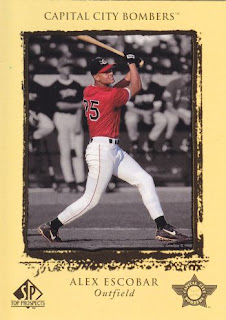 78 - Alex Escobar (From all accounts, Escobar's once promising career was derailed by injury after injury. He logged 388 major league at-bats and was last seen in the Nationals organization in 2008.) 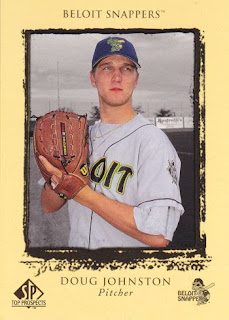 62 - Doug Johnston (Johnston never made it past AA.) 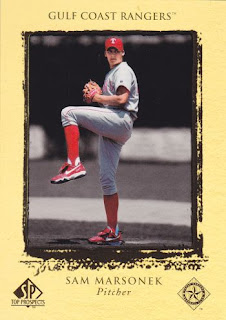 79 - Sam Marsonek (Sam Marsonek made one major league appearance, with the Yankees in 2004, holding the distinction of having a spotless career ERA.) 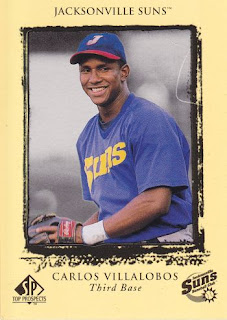 117 - Carlos Villalobos (Villalobos has been out of baseball for a few years, not making it past AAA.) 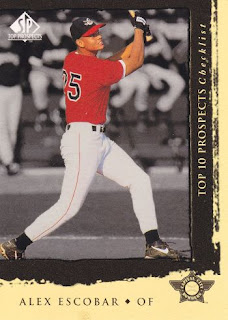