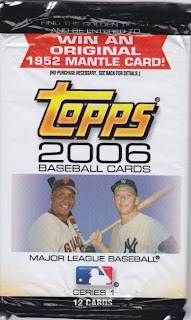 Perhaps more surprising to me than the fact that a 2005 Topps pack had not been posted here was the realization that a 2006 Topps pack had not been posted here, either. I remember this set coming with "vintage" Topps cards from previous years, but apparently this configuration didn't include any. Maybe it was just the rack packs.
There are 12 cards in the pack. Let's guess how many of the subjects are still with the team's they're depicted with on these cards. Go ahead and write down your answer now. Someone will come around to collect all of your answers shortly. We'll review at the end of this post. 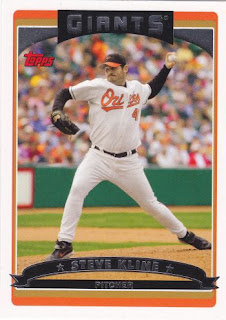 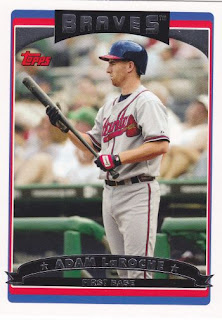 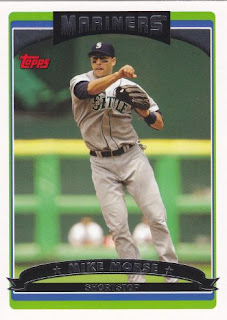 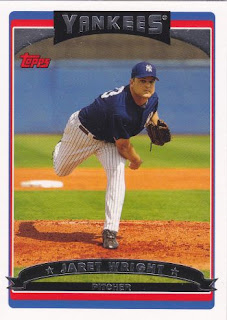 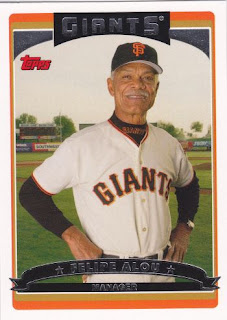 289 - Felipe Alou (Current Team: N/A. I'm not sure what this former manager is up to these days.) 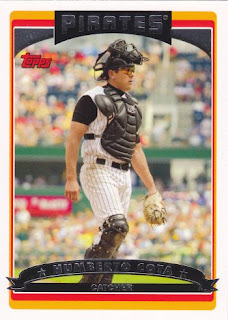 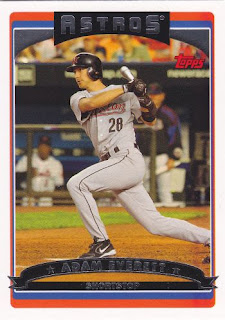 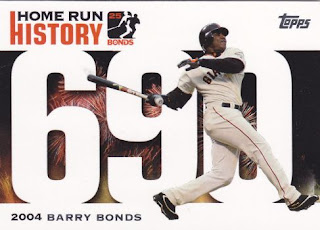 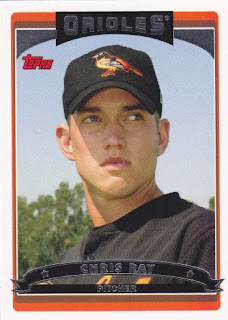 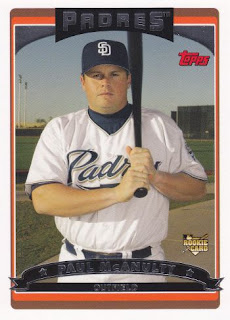 325 - Paul McAnulty (Current Team: Los Angels Angels. McAnulty was just called up recently by the Angels and hit a HR in his first game. I am a big fan of Little Mac from his Portland Beavers days.) 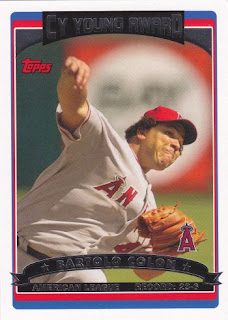 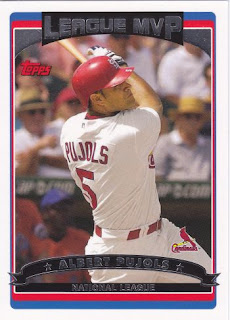 Everett was released by the Tigers a few weeks ago, apparently they wanted someone who could hit as well as play in the field.