Written by Community Gum at 1:52 AM
I recently bought a box of this stuff on ebay. I wasn't collecting during this time period, and it was an absolute blast going through it. Overall, I'd consider the venture to be a success (you can see the results here on the blog), and figured I would share the best pack (in terms of beating the odds) with you. 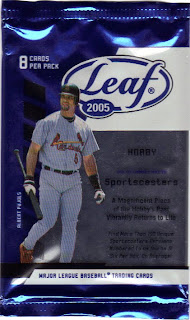 One of the main reasons I got this is because of the Sportscasters insert set. You average about 6 per box, they feature a great checklist and look really, really cool. There aren't any in this pack, because that would be too easy. But, check out the community and you can see which ones I snagged. 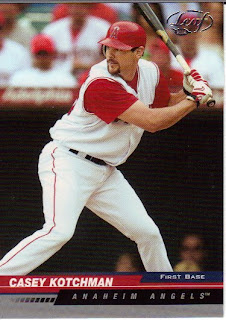 #2 - Casey Kotchman - I always think of him as being older than I just read he is. Turns out he's 2.5 years younger than me. That makes the ol' knee start to ache. 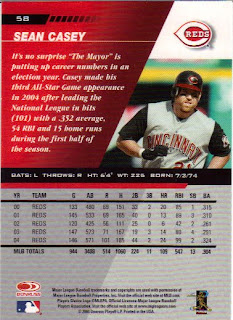 #58 - Sean Casey - You get the same boring picture from the front in a watered down version on the back. Casey has become an okay broadcaster on MLB network. Too much of the ten year old kid talkin' sports comes out in his delivery. 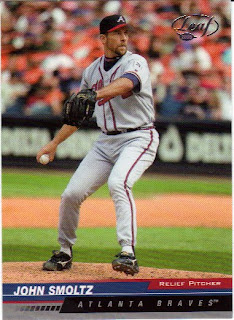 #18 - John Smoltz - I don't think I realized how long Smoltz was a reliever. This is about 5 years into that phase of his career. 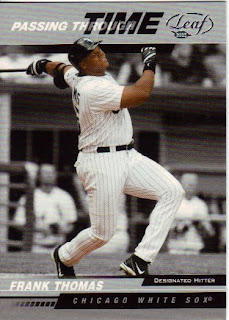 #PTT-269 - Frank Thomas - Passing Through Time - Don't let the lettering on the card number fool you, this is part of the 300 card base set. It is, however, supposedly short printed to some degree. I only got 4 in my box. 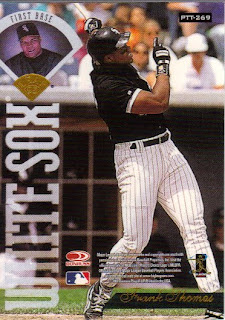 Here's the back of the same card, showing how the theme works. The back is a picture from the earlier days (possibly the first years of Leaf?) and the front shown above is the current shot. 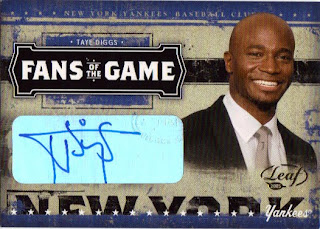 #FG-3 - Taye Diggs - Fans of the Game Autograph - Here's what makes it the best pack of the box odds-wise. The regular Fans of the Game inserts are seeded at 1:24 packs or 1 per box. The autographs are so rare that they have no odds. Although, they do not list any odds greater than 1:118 for anything on the pack. The checklist in the box shows more people that aren't actually in the product according to Beckett. There were only includes three subjects this year: Sean Astin, Tony Danza, and Diggs. Danza supposedly only signed 50 cards, because he's in control and can do whatever he wants. It's really a toss-up as to whether I'd prefer to have Diggs or Rudy. 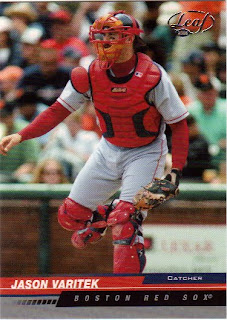 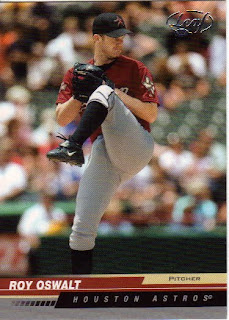 #92 - Roy Oswalt - He's been with the Astros his entire career until now. I would have liked to see him (and Berkman) stay put, but I understand why he left. There's that extra appreciation for the guy who can go an entire career with one team. 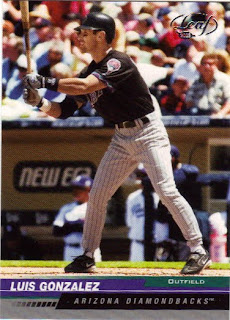 #12 - Luis Gonzalez - Maybe it's because I wasn't following all that closely, but it seems like he assembled a pretty nice career very quietly.

Well, there you have it. Not the best pack in the box in terms of excitement and quality cards that I wanted, but certainly the best in terms of odds beating. If anyone is interested in the auto (or really almost any of the other cards I came away with), let me know and I'll be happy to trade.

The back on the Thomas PTT card is his 1995 Leaf card. They did this in 2004 also. Always thought it was a great idea.