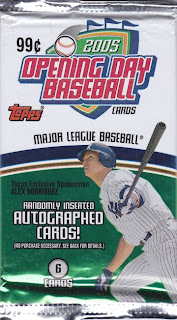 Once again, I have a tough act to follow with this post. I'm sure that everyone is familiar with the Opening Day line by now. This was one of the years where the only change in design from the base set was to replace the silver foil with blue foil.
Cowabunga, dude! 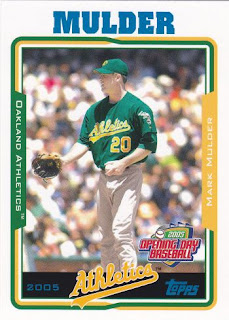 23 - Mark Mulder (With Dan Haren traded today, Cardinals fans such as myself will always remember when he was traded for Mulder. In Mulder's defense, he still had a pretty solid 2005 season before his shoulder fell apart and he forgot how to pitch.) 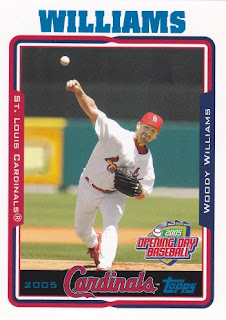 65 - Woody Williams (I always enjoyed watching Woody pitch. He was one of the least intimidating pitchers to ever step on the mound, yet always managed to make batters look foolish. I need 4 Cardinals from this set, but unfortunately this is not one of them.) 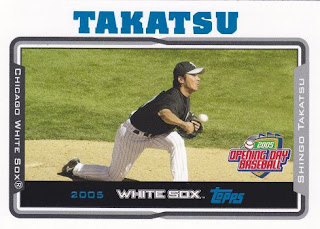 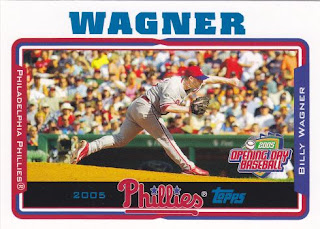 117 - Billy Wagner (Wagner has only had one bad season - 2000 - in his entire career. I find that fascinating especially for someone who has changed teams a few times in the past decade.) 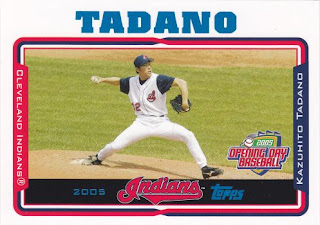 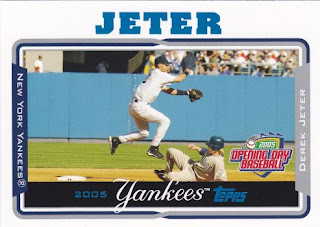 138 - Derek Jeter (I'm usually a fan of horizontal cards, but this design leaves such little room for an actual photo that this card is completely ruined.)

Tadano's Wikipedia page in Japanese notes that he's pitching with the Nippon Ham Fighters now. In addition, his entrance music is a Fall Out Boy song...