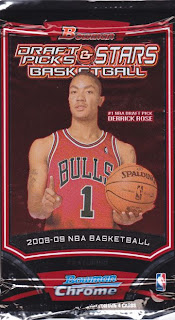 The NBA has been in the news a fair amount in the past week or so. In light of that, I thought I'd toss up a hoops pack here. There aren't enough prospects in the NBA to sustain an entire set, so Bowman changes the Draft Picks & Prospects line for basketball and calls it Draft Picks & Stars. So, basically, this is like every other NBA set as far as that is concerned. 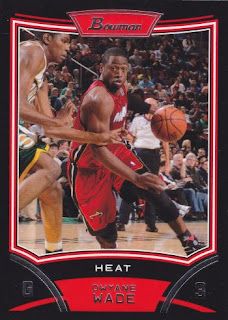 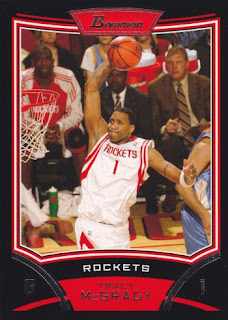 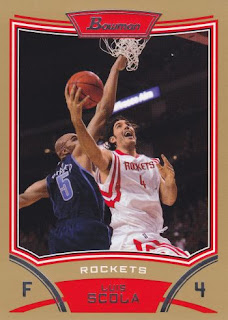 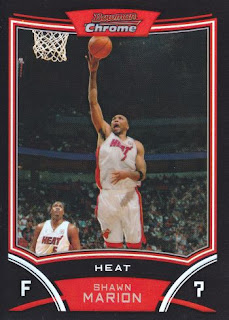 67 - Shawn Marion Chrome Refractor 272/499 (Another crazy insert? Why am I never this lucky when I buy baseball packs? I don't dislike Marion the way I dislike Scola or Wade, but he's not exactly an elite player.) 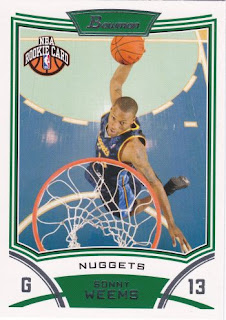 148 - Sonny Weems (And then there's Sonny Weems...)
If anyone out there likes basketball cards, send me an e-mail. I have a bunch of them that I don't need.