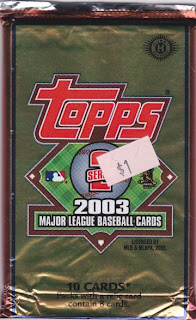 I recently had the opportunity to pick up a couple of 2003 Topps packs, one from Series 1 and the other from Series 2. I'm trying to collect the whole set, traded set included, but I have yet to commit any serious money to it. It's not that the design is the best thing ever, but I am really drawn to the dark blue borders as you just don't see that a lot. 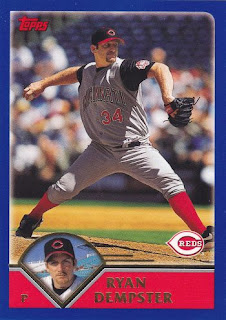 506 - Ryan Dempster (Dumpster is a Cub now and I really don't like Cubs. Hey, they aren't paying me to impartial here... or paying me at all.) 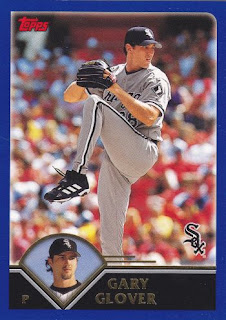 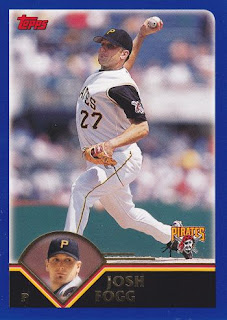 458 - Josh Fogg (Ah, the Dragonslayer. Did that name ever stick, or was that just something that bored Rockies announcers came up with a few years ago?) 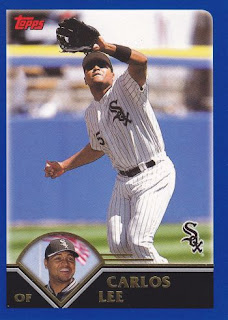 599 - Carlos Lee (Lee has really, really hurt one of my fantasy teams. Of course, he then has to go and hit 2 HRs when I had him on the bench. Also, I hate the Crawford Boxes. Just throwing that out there...) 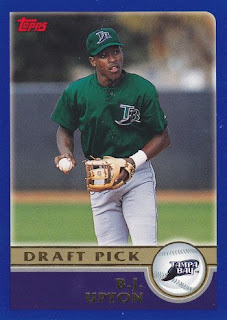 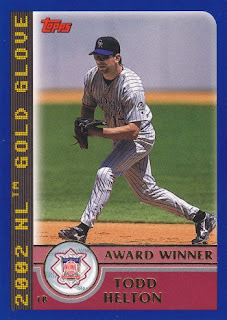 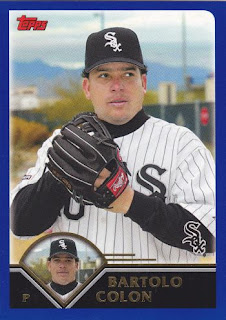 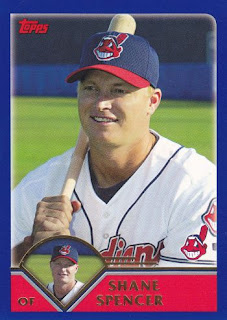 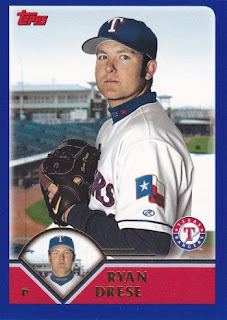 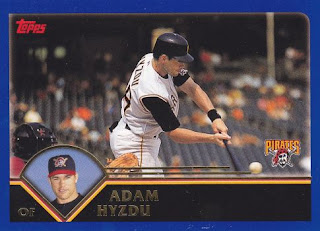 440 - Adam Hyzdu
- Checklist 3/3
Unlike most of these posts, none of these cards are up for grabs because I needed them all. If you have any spare 2003 Topps cards, especially Series 2 or the Traded stuff, feel free to send me an e-mail. I won't even complain about your favorite team.

This is a really nice set

I liked it when it first came out, but these cards like black bordered cards, chip too easily.

Hyzdu longest name with one vowel? true or false?

false! the 'y' is used as a vowel, giving his last name two vowels, hardly impressive for a five-letter name.

also, he played a few games for the Beavers at some point.