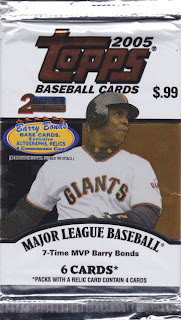 Hold your applause. This is a guaranteed Hall of Fame pack. At only 6 cards with a wrapper that is pre-priced at 99 cents, this must have been sold in some configuration that I'm not familiar with or that just doesn't exist anymore. 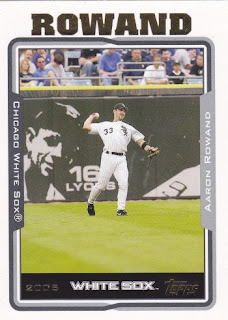 606 - Aaron Rowand (Nice shot of Rowand in front of Ted Lyons on the outfield wall.) 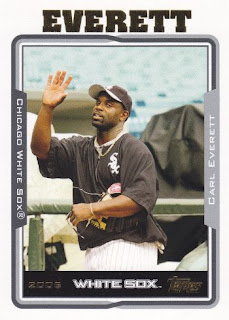 407 - Carl Everett (Everett was doing a lot of this and not a lot of playing baseball at this point in his career.) 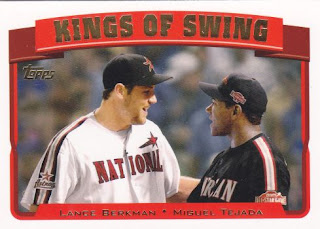 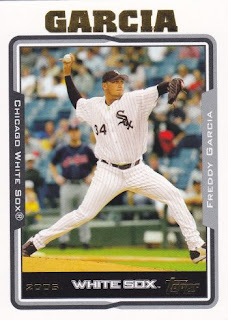 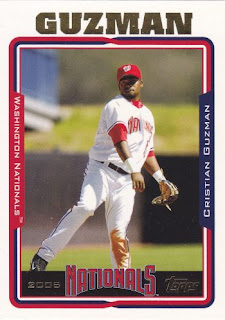 476 - Cristian Guzman (I wonder if anyone asks for Guzman's autograph anymore, now that he plays for the Strasburg Strasburgs.) 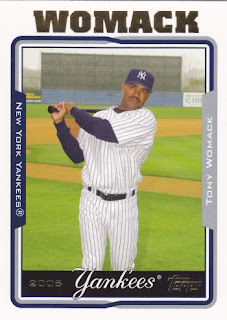 I'm going to make a wild guess and say that a White Sox fan voted this one into the Hall.

I really like that Berkman Kings of Swing card. Don't think I've seen it before.