Written by Collective Troll at 1:16 PM 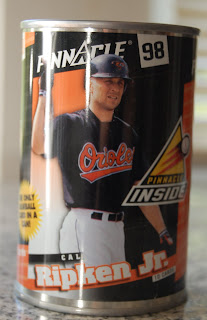 AKA Can of Cards! I have been teasing these cans for a while now… Included in my infamous Group Break 2009-2011 I had 5 cans of Pinnacle Inside. 2 from 1997 and 3 from 1998. As far as I know those were the only two years they made this product. I think that 1998 was Pinnacle’s last year of operation anyway. Hobby shops hated the cans because they were bulky and expensive to ship. 24 cans took up a whole shelf whereas 24 packs sit neatly in a box. When these first hit the shelves they were HOT! My local shop had a can opener right on the counter. The fad went away quick and the cans I bought for the break had been sitting in the same shop for 12 years over 5 different owners. I finally liberated them and got a pretty good deal on them. I think some people collected the cans themselves as they had different images on them. From the pack searching dilemma these made great sense as they are a searchers nightmare. I like that. For this rip I dug into a 1998 Pinnacle Inside Can featuring the Iron Man Cal Ripken Jr. The top of the can warns that these must be opened under adult supervision, so I called my wife for assistance. 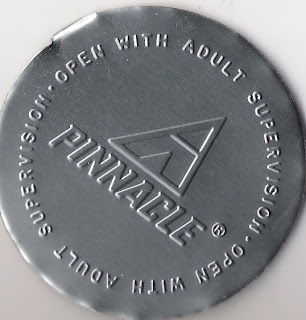 On the side of the can it has the insert odds disguised as nutrition facts. 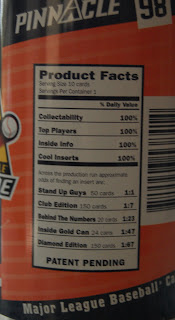 The can tells me that these cards are 100% collectable with top players, inside info and cool inserts. The best insert is the Diamond Edition which is seeded in 1:67 cans. A Mark McGwire Diamond Edition insert recently sold for $10.00. They normally sell for a buck or two with the Jeter sometimes fetching 20. Okay, the can is open and it yielded a “pack” wrapped in clear cellophane. 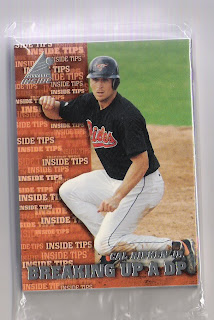 Cal Ripken Jr. is on the outside of the can and on the top of the pack. Here is what we got: Card #144 of Cal Ripken Jr. explaining how to break up a double play. 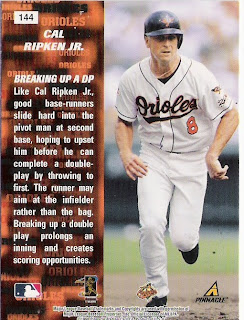 I think that is some of “inside information” this product promised…Card #83 of Mark Kotsay. The big and bold stats on the front are cool UNLESS you hit .192, then it is embarrassing. 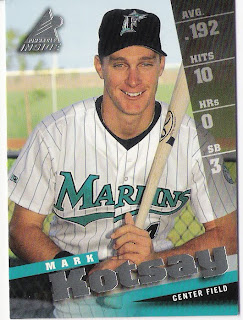 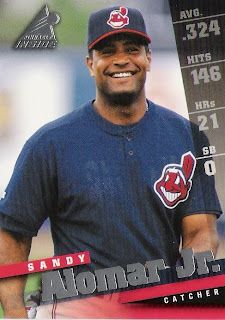 Again, do they need to list 0 stolen bases so large? I mean the guy is a catcher! Card #128 of Richard Hidalgo who signed on his 16th birthday. 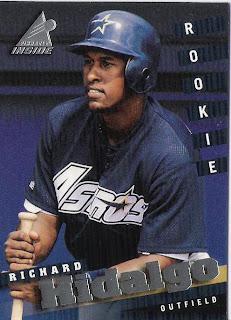 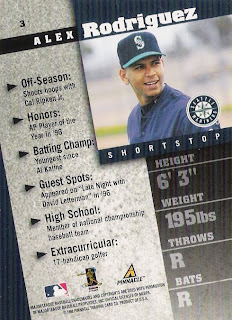 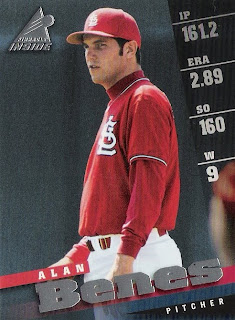 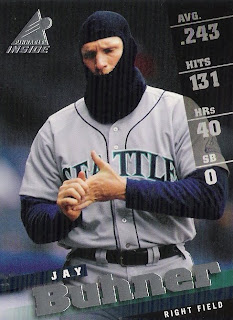 I wonder if this card netted him on the “no fly list”. Card #26 of Jeff Bagwell. 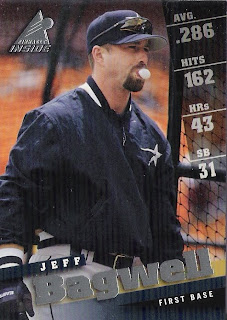 The homer and stolen base stats work for Bags. 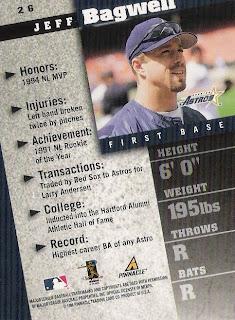 Glad for him that they didn’t use postseason stats… 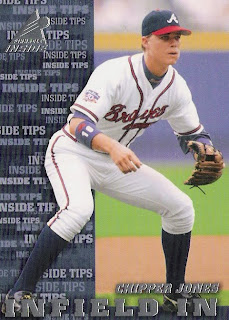 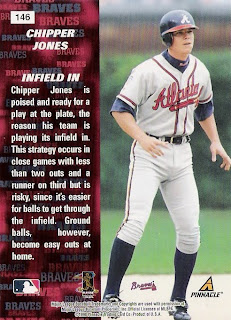 More inside info, this time about the infield in strategy. And the final card is Montreal Expos outfielder Rondell White, card #30. 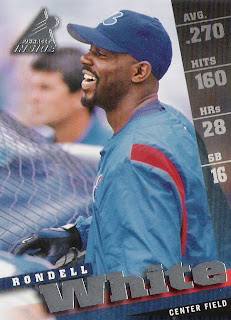 Oh wait, there was one more, an insert. Not a Diamond Edition or even a Behind the Numbers. Nope we got the 1:1 insert, Stand Up Guys. I think this one forms a stand up of some sort, I didn’t try. 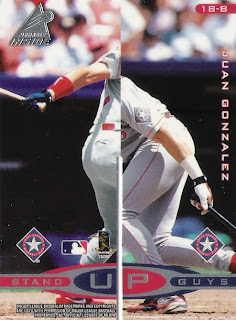 This one has players from the Rangers-Pudge, Juan Gone, Rusty Greer and someone else. 12 years of waiting to be opened and I feel let down. Oh well. Thanks for reading! Go Rays! DOH!! Just realized that Baseball Dad has already posted this brand. Oops. Read his much better review here... Troll out.

Email ThisBlogThis!Share to TwitterShare to FacebookShare to Pinterest
Labels: 1998 Pinnacle Inside Baseball

I spit my water out at work when I read the line about calling your wife for assistance. Good stuff!

Loved the gimmick, loved the set...back in 1998. Great review however.

Since I opened my package, I figured out the guy with Juando is Will Clark. I don't know how it works, but it almost looks like you need another card to complete that standup.

I have that same Stand Up insert . . . great review, too, you really got me nostalgic over here!