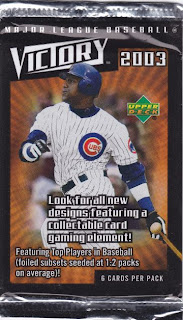 2003 was apparently the year that Upper Deck decided to transform its Victory line into a playing card game, facing some "fierce" competition from the likes of MLB Showdown. I'm not sure if they continued the idea past this particular year as I don't recall seeing any other Victory sets that look like this. I think I picked this up out of a plastic bin on the floor at a card show for a dollar, but I'm not even sure anymore. It could have just as easily come in a repack box. 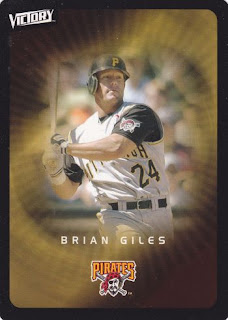 73 - Brian Giles (These are the same card stock as a playing card/TCG set. They have the expected rounded corners and perhaps a little bit more gloss than your average Pokemon card or whatever the kids were into in 2003. Don't you dare say Digimon...) 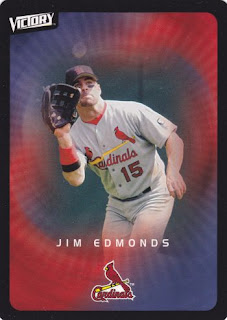 84 - Jim Edmonds (Here's a needed card for the Edmonds collection.) 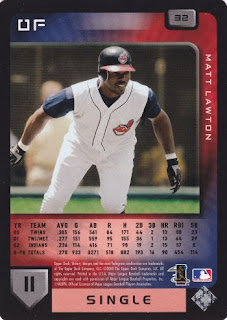 32 - Matt Lawton (The backs aren't too bad. They feature a different photo, featured prominently and in full color with stats from the past few seasons.) 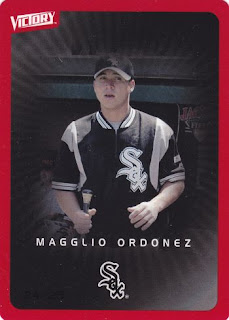 25 - Magglio Ordonez Tier 5 24/25 (Whoa, this is actually an extremely rare parallel. I'd definitely be willing to part with it if anyone is interested. The serial number is printed in blank ink on a predominantly black background, which makes perfect sense.) 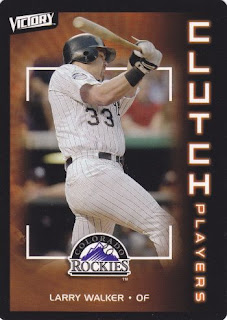 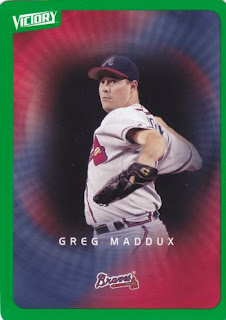 10 - Greg Maddux Tier 1 (Green "Tier 1" parallels are 1 per pack inserts. That makes 3 inserts out of 6 total cards if you're keeping track.) 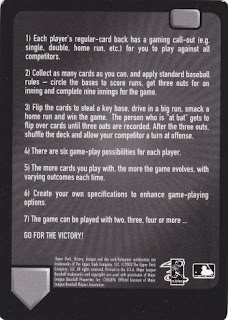 Here's the lowdown on how to play this game, in case you're interested. Matt Lawton, I choose youuuu!

Nice pull. You can almost see the numbering at fullsize if you squint really hard, lol. Does it make the card any better for gaming purposes?