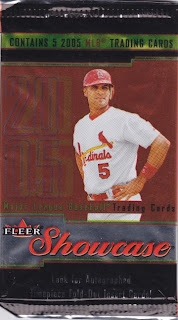 I think I bought this pack for the wrapper alone. It probably wasn't a wise decision, but at least I get to keep the wrapper. 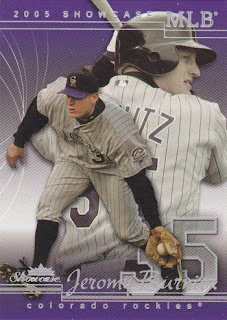 87 - Jeromy Burnitz (2004 doesn't seem all that long ago to me, but when I see that Jeromy Burnitz hit 37 HRs that year, it suddenly feels like ancient teams.) 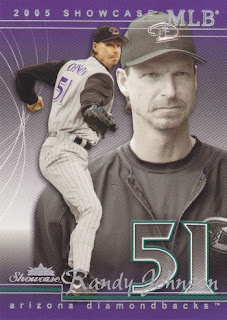 24 - Randy Johnson (Great pitcher. Why are the uniform numbers so huge?) 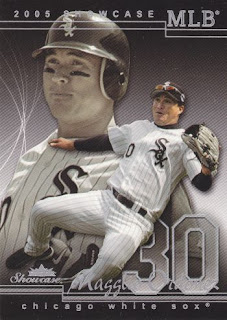 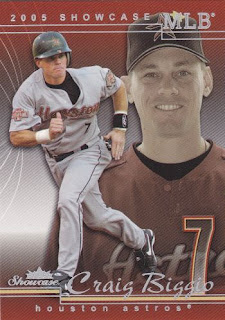 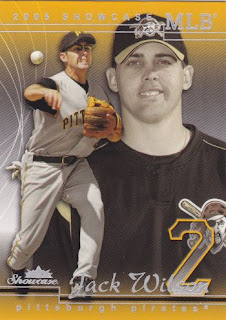 does randy johnson ever smile?

I do like the idea that the jersey numbers are styled the same as they appear on the jerseys. I also agree that the design is super busy, and the numbers could be smaller and integrated better.

That being said, styled jersey numbers are a cool idea that's worth another try, by somebody.