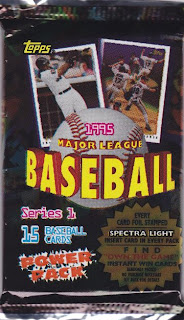 Here is pack 28 of a box I've been breaking over at my blog, Cards on Cards. I'm totally sick of this set right now, so let's just take a look at some pictures. 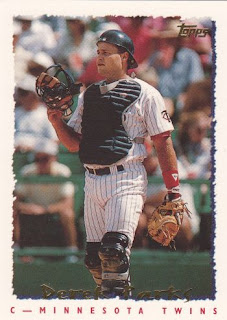 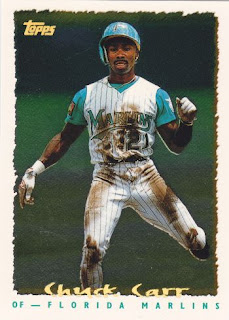 63 - Chuck Carr Cyberstats (The one-per-pack parallel done up in some new-fangled technology called Spectra Light which replaced ToppsGold. The stats on the back of these particular card provided some full season stat estimates had the 1994 strike never happened. Oh, it happened.) 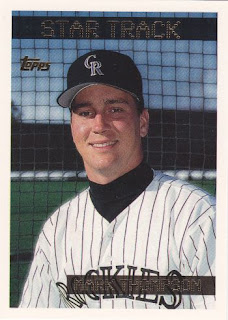 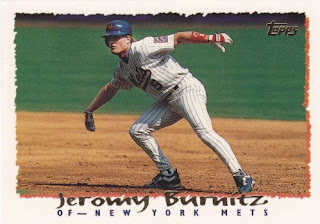 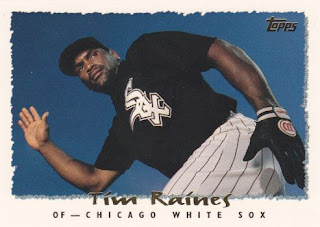 77 - Tim Raines (Lots of goofy skyward poses in this set.) 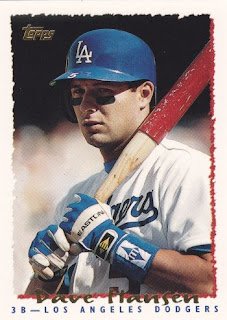 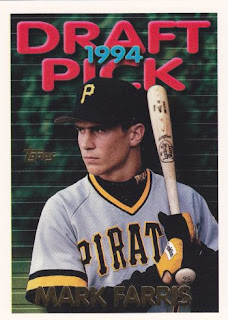 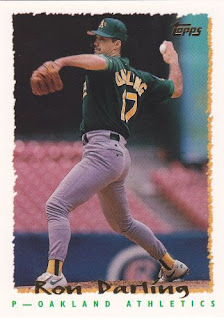 16 - Ron Darling (I forgot he pitched for anyone besides the Mets.) 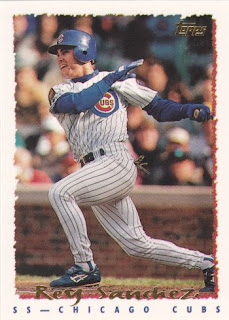 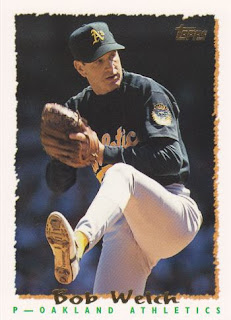 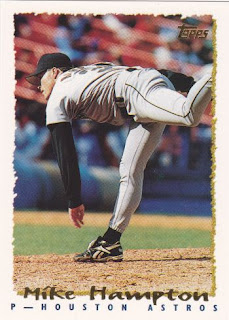 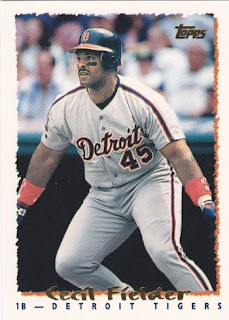 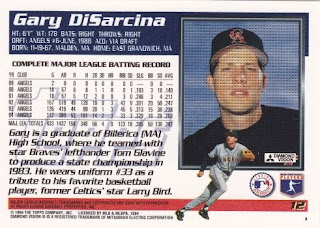 12 - Gary DiSarcina (I believe this is the only Topps set that was sponsored by some outside company. In this case, it's a car company. Very strange. I'm guessing the budget was tight after the strike.) 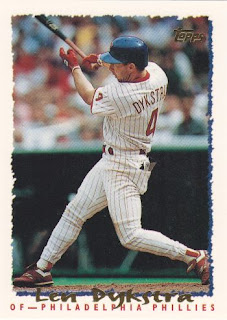 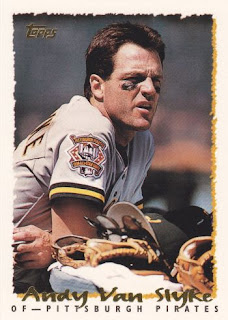 1995 topps might be my favorite topps base set design of all time. Definitely the one topps set from after I was born that I'd seriously consider collecting.

Couldn't agree more lonestarr...of course, this coming from the guy who does collect the set haha.