This is just a nice bonus.

So the details - one pack, 8 cards. Each pack should get one mini card, and I think each pack also gets a "This Day in History Card" - this pack certainly did. 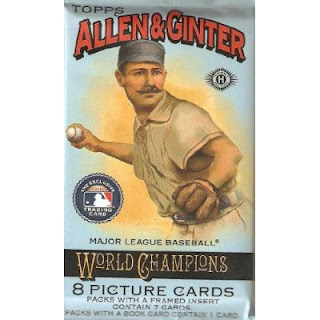 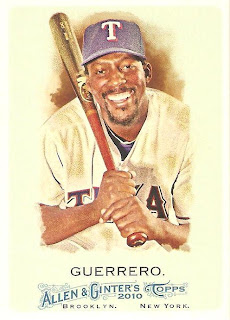 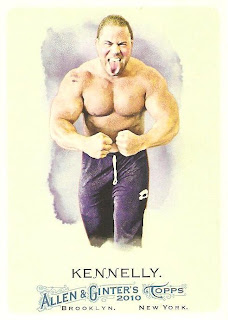 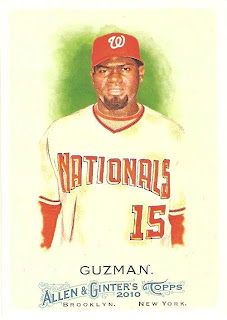 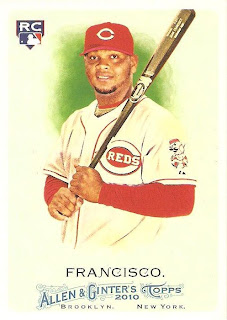 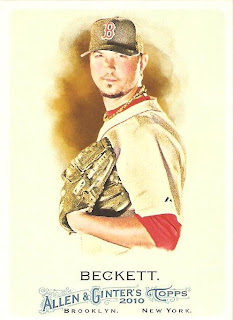 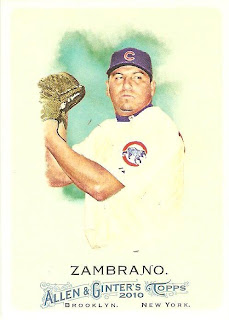 91 - Carlos Zambrano
You know why Carlos didn't throw a wobbly in this pack? Because the next card was keeping him in line... 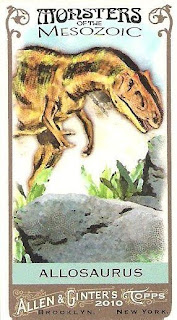 MM5 - Monsters of the Mesozoic mini: Allosaurus
I was really hoping for a dinosaur because my wife's students studied them this term and she thought it was cool that you could get dinosaur cards. The odds (1:12) were definitely stacked against me, but sometimes you get lucky.

By the way, you do not want to mess with the Allosaurus. From the card: "The 3 1/2 ton, scalpel-clawed Allosaurus could seize and shake its prey, rip off large chunks with ultra-sharp serrated teeth and gulp it down with brutal efficiency." Yikes! 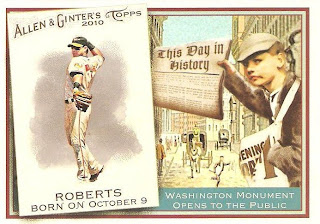 TDH6 - This Day in History: Brian Roberts
An Oriole and a Tar Heel, and a good way to end the pack.

Email ThisBlogThis!Share to TwitterShare to FacebookShare to Pinterest
Labels: 2010 Allen and Ginter Hobby