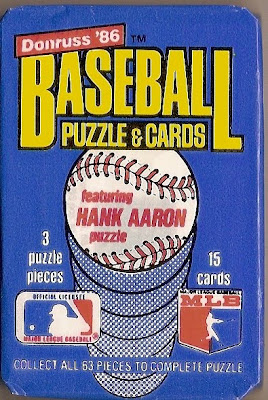 Bought this pack at shop in San Antonio last week. 1986 Donruss baseball puzzle is Hank Aaron. What I got is: 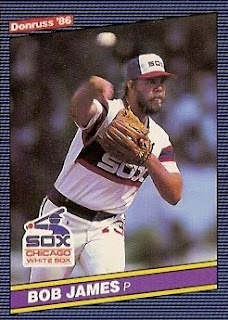 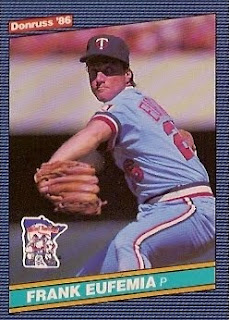 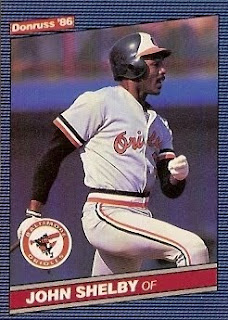 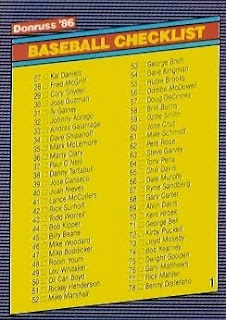 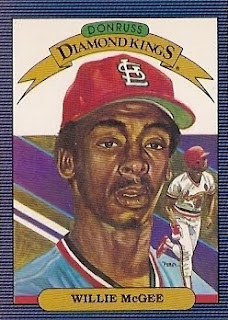 3 - Willie McGee Diamond Kings - lead the league in hits and triples that season. Deserved to be on the Diamond King set. 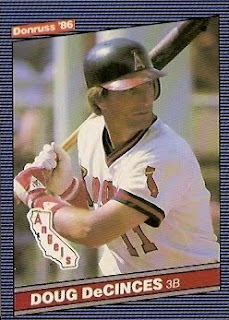 57 - Doug DeCinces - ready to crank one out of the park 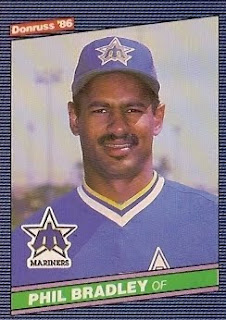 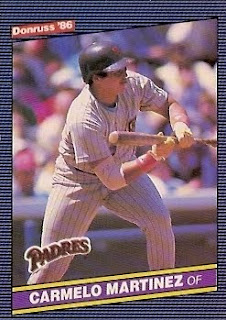 324 - Carmelo Martinez - Carmelo was Padres few homerun hitters during the time. He lead the team in homeruns twice, but the most he hit in a season was 21. 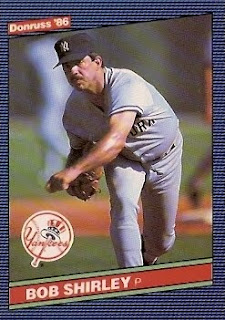 458 - Bob Shirley - his best season of his career with 2.64 ERA. After 1985 season his ERA ballooned up with the Yankees releasing him and getting picked up by the Royals in his last major league season. 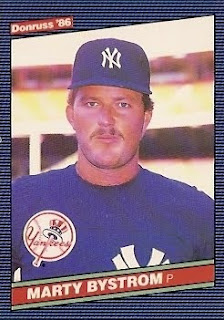 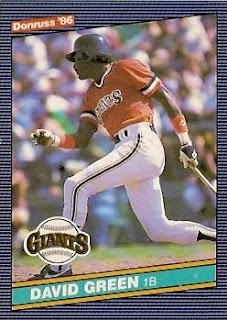 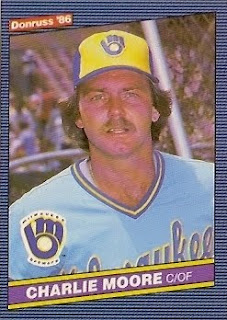 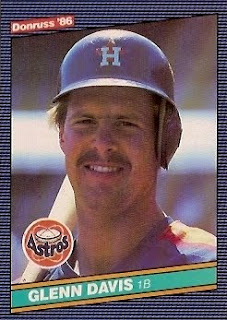 380 - Glenn Davis - he was hitting his prime with the Astros. Years later, Astros commit "highway robbery" when they ship him to the Orioles for Curt Schilling, Steve Finley, and Pete Harnish. Astros would end up screwing that up shipping Schilling and Finley a year later. 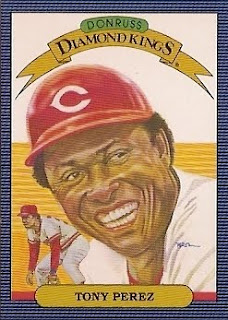 15 - Tony Perez Diamond Kings - few remaining players of Big Red Machine at the time. I believe that would be one of his last card as a player. 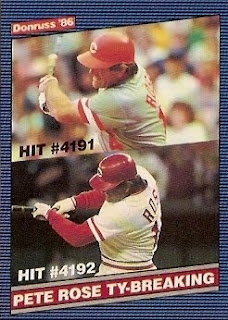 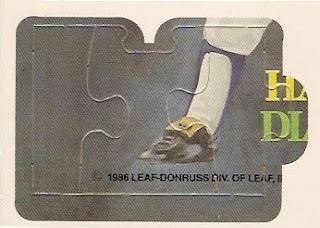 Three cards made my pack.

Those stripes really give me a headache.

What the heck happened to David Green?