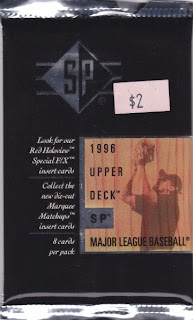 Continuing on in my alternating pattern of posting packs that I've been sitting on for awhile and packs from the Great Giveaway, here's something that in retrospect I'm really hoping I didn't pay $2 for. Sometimes I buy packs without having the design of the cards in my head, hoping to be surprised only to find out that I've seen it before. This is one of those times. That's not to say I hate these cards, though. They're alright for the era, I suppose. 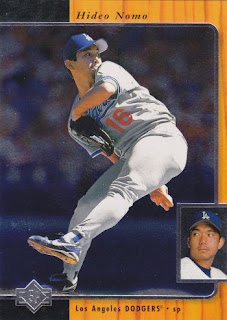 106 - Hideo Nomo (Upper Deck took the bold approach at showing pitcher's wins but not losses on their stat lines on the back of the card. I would have shown an actual example of this, but I didn't find this out until I had already scanned the cards.) 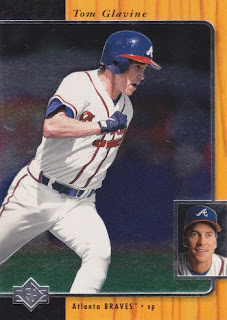 23 - Tom Glavine (Was it appealing to scan Braves starting pitchers as hitters because of that "chicks dig the long ball" ad campaign or was all of that a bi-product of this right here? Glavine is probably out by 10 feet.) 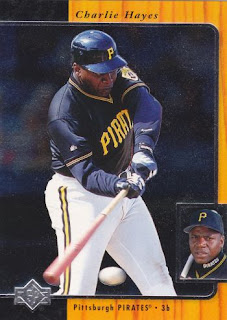 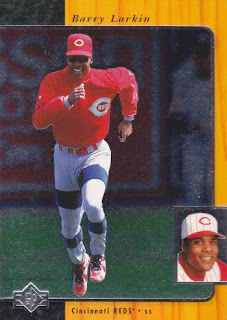 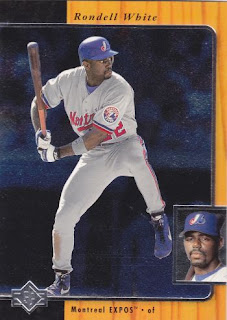 120 - Rondell White (I feel like the high leg kick gets disrespected these days, written off as a hitch and a lousy timing mechanism. What would Gary Sheffield think? Heck, what would Rickey Henderson think? You can't question Rickey.) 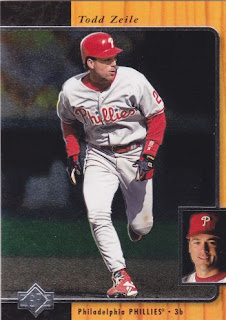 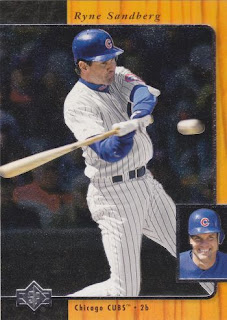 53 - Ryne Sandberg (Many have buzzed about Ryno taking over as the Cubs manager next season. That's a disaster in the making. Hall of Famers generally do not make good managers.) 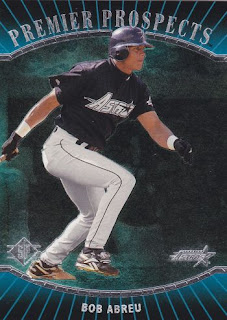 18 - Bobby Abreu Premier Prospects (These were kind of the Upper Deck version of Fleer's Rookie Sensations, I suppose.)

If you've got a pile for me you can throw that Glavine card on it. 1) I don't have the card and 2) I love cards of pitchers batting.

I needs the Ryno and the Charlie Hayes. Also, Ryno's a Hall of Fame 2B, which puts him way lower than virtually any other position except some shortstops, statistics-wise. I don't think whatever it is about Hall of Famer managers that makes them unsuccessful will be there to such a degree with him. Also, he's managed for the last four years in the minors, so he has experience. Still though, I'd rather have Brenley come out of the booth or Trammel take over for Lou for a couple years to make one last-ditch effort to turning around the losing culture of the Cubs before a nicer, more laid back guy like Ryno takes over, for what will be an absolute minimum 5 year project. He hasn't been working his way through the system for no reason, so when he does get the job, it's gonna be for awhile. Thus the reason I think groundwork needs to at least be laid for him to be a success.