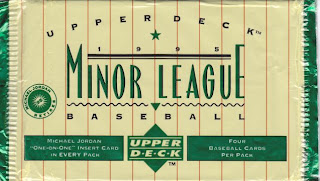 1995 marked the year Michael Jordan retired. From baseball. MINOR LEAGUE baseball. The man with the career .556 OPS with the AA Birmingham Barons was worthy of mention on the front of every single pack wrapper in a set (and likely not only this set) as if it was a moment that impact baseball somehow. Oh, and that's not to mention the fact that he had a whole insert set dedicated to him and his illustrious one season MILB career. 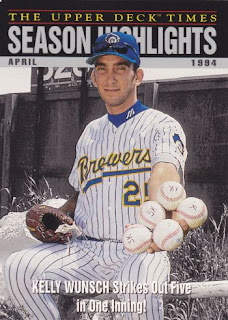 103 - Kelly Wunsch Season Highlights (I bet Michael Jordan would have struck out 5 times in an inning if given the opportunity.) 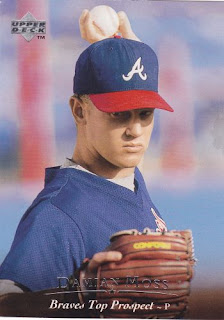 72 - Damian Moss (Moss hates Jordan almost as much as I do. I mean, just look at his face.) 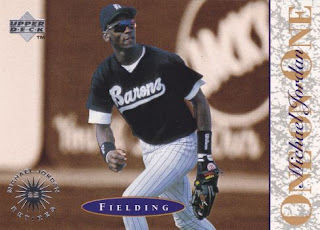 2 - Michael Jordan One on One Fielding (Yes, let's all take fielding advice from this guy. I like how his picture doesn't even fit with the background. I would say that it's PhotoShopped, but it was a little early for that.) 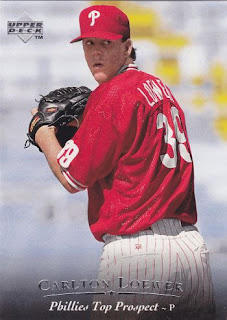 202 - Carlton Loewer (Okay, okay, the design is alright. I actually think that the 2008 Upper Deck base set probably drew a bit too heavily from this design.)