Written by Matt F. at 4:15 PM
I stumbled upon these at Target over the weekend and was pleasantly surprised by what I found inside.

I'm an easy mark for repackaged cards but even so these are worth your time as one in every four packs has a gamed used card inside.

But this is mostly about the commons, which you get a lot of, but there were some nice older cards from the early 80s : 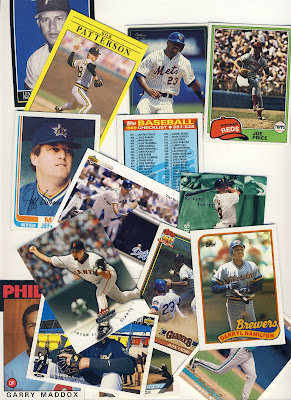 I'm a big fan of the duo cards that were popular in the 60's so I enjoy this "Shortstop Supreme." The real treat for me is that the Metrodome's centerfield seats are clearly in view meaning that this was taken during the 1985 All-Star that was held in the Twin Cities. 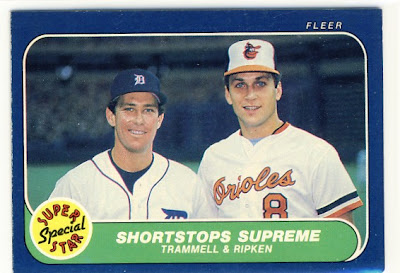 Perhaps when I'm done with my Diamond King collection, I'll move onto these All-Star cards that were mainly found in the Topps rack packs. 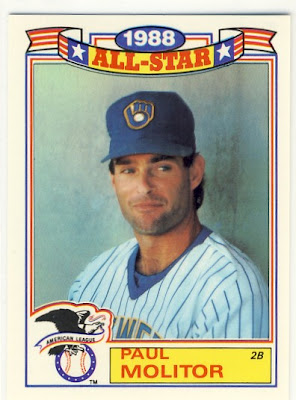 And here are my other eight promised Hall of Famers: 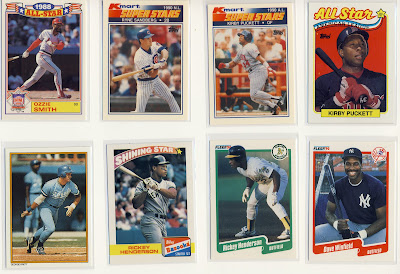 Beyond those cards, I also got some pretty nice ones that you don't usually see in a repackage. Like an Oscar Gamble with what has to be the biggest afro every worn by a Yankee. 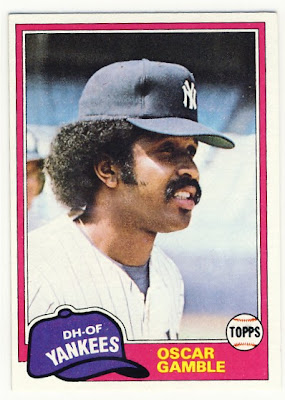 I also got the 1 in 4 packs hit! A dual relic of Freddy Sanchez numbered to 50. Not too shabby for a repackage. 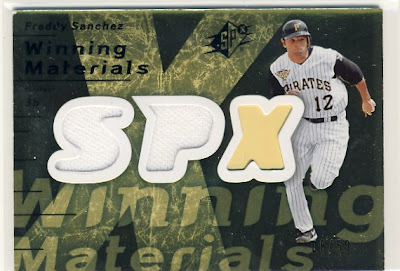 And now a Daisuke rookie from another set that I will probably collect after I wrap up my 1971 set. I just really love the black bordered cards. As a side note, this version of the card is not from the base set but rather from the Red Sox team sets as it is #B0S1. 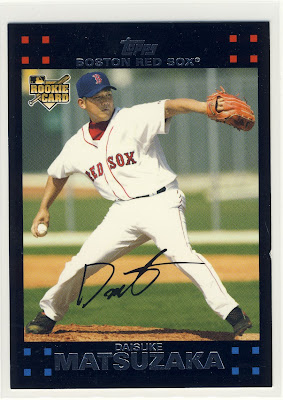 A nice Frank Thomas/Rickey Henderson that I don't think I have even though it was from my heyday of collecting. 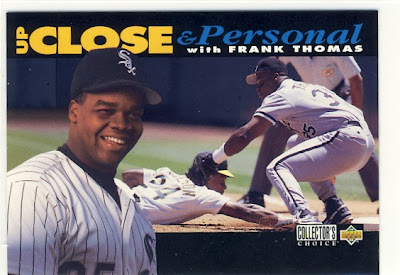 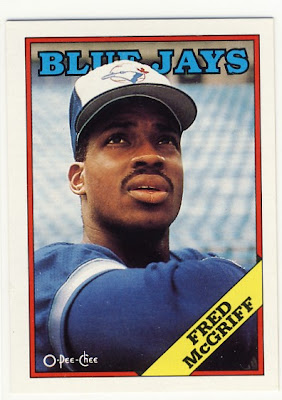 Since opening this pack I've purchased two others and there are problems with getting the same 10 Hall of Famer cards again and again. The other random commons tend to be different but I can't really recommend these for more than one pack.

Nice! I might have to get me one of these some day.

I have to check my local Target for these.

I've been really curious about these packs...thank you so much for posting this. I may just try my luck at a pack now.