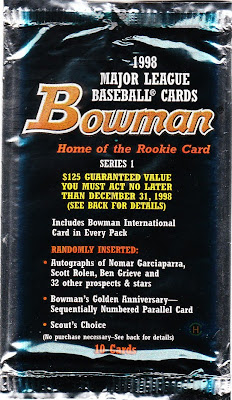 I grabbed three of these packs at the card shop. One for dayf, one for Ben and one for me.

This was back in the days when Bowman was guaranteeing that its set would be worth $125. It also apparently believed that pictures of baseball players on the front of the wrapper was a waste of time for the serious card investor. What they needed were WORDS.

Well words is what you got. There are 64 words on the front of that wrapper, plus a few numbers. And lots of promises that will never come true.

But let's put Mr. Cynical aside for a look at the 10 cards in my pack. I believe the key rookies in this set are Jimmy Rollins, Troy Glaus, Carlos Lee and a couple others: 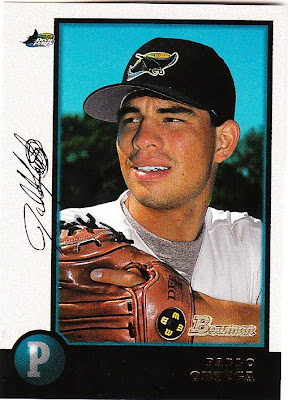 180-Pablo Ortega: Ortega was a top pitching prospect for the Devil Rays, back when we knew a Devil Ray to be a weird-looking fish with wing-like fins. He advanced to Triple A before pitching in two World Baseball Classics for his native Mexico. 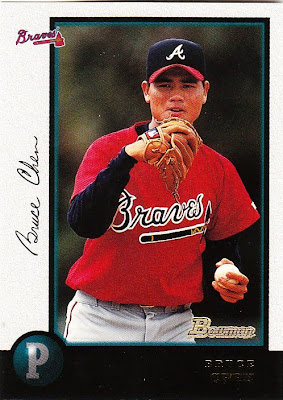 131-Bruce Chen: Chen reached the majors for the first time in 1998. He is now in his 12th major league season, performing fairly well for Kansas City. He has pitched for 10 different teams. 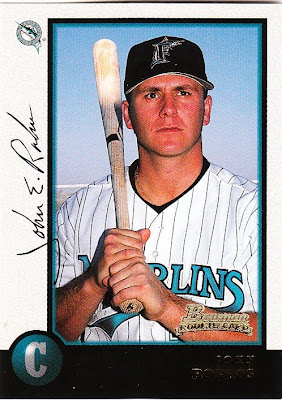 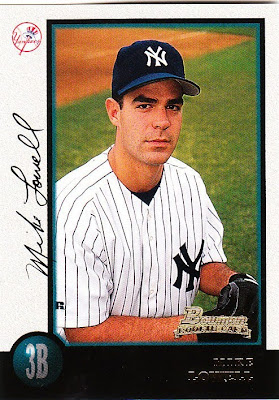 85-Mike Lowell: Awesome. This is one of the semi-biggies in the set. Lowell is one of the most inspirational players in baseball as far as I'm concerned. There might not be anything left of him by the time he's done. 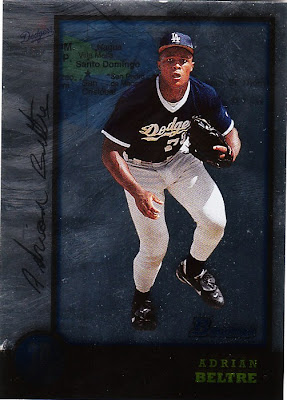 123-Adrian Beltre: The one-per-pack International card. Cards are shiny. There's a map of where the player is from in the background. The back is in Spanish. Unfortunately, I believe I have this card. 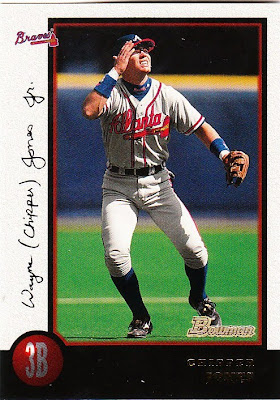 70-Chipper Jones: Wayne is Jones' middle name. As we all know, his first name is Larry. I hope Chipper will play again next year. I'm no Braves fan, but it's just not baseball without Chipper. 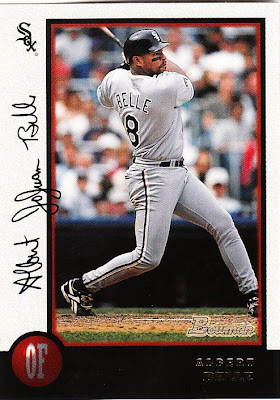 42-Albert Belle: Dude was intense. And scary as hell. Do you think he pretended the ball was certain people who "wronged' him? I think it's possible. Although he wasn't above taking "direct action" either. 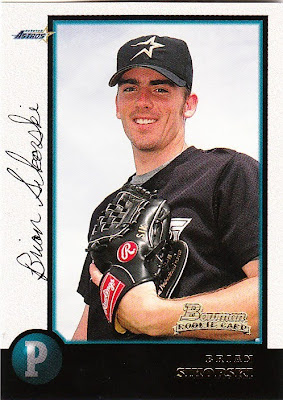 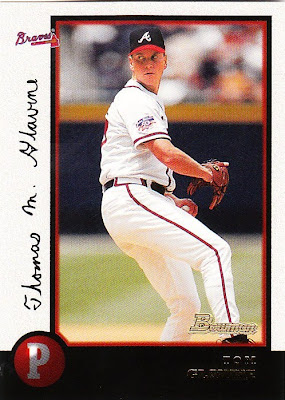 57-Tom Glavine: Became the seventh Brave to have his number retired a couple weekends ago. 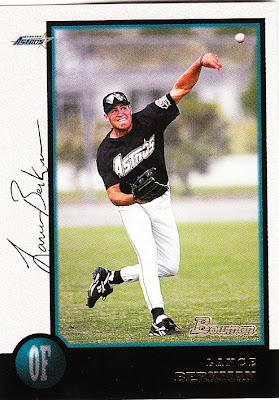 194-Lance Berkman: Mercy, look how trim he is. I would much rather see Berkman at first base for the Yankees than Teixeira. But Berkman is now on the DL, and Teixeira is puffing out his cheeks all over the place. And I just can't watch that team anymore.

Not a bad set. A pretty good design by Bowman's standards.

Brian Sikorski is still with Chiba and is the late-innings master of the Pacific League in Japan, currently sporting an ERA of just 1.75 and 30 saves in 47 appearances so far this season.