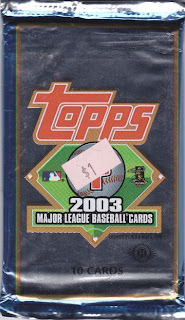 Here is the Series 1 version of essentially what I posted last week. I have yet to track down anything from the Traded set. I need to look into getting a hold of some more packs/boxes/whatever from all three series. 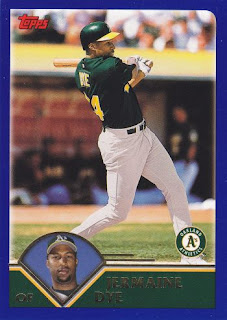 4 - Jermaine Dye (Dye was essentially dead to me when he became a member of the 1996 Braves.) 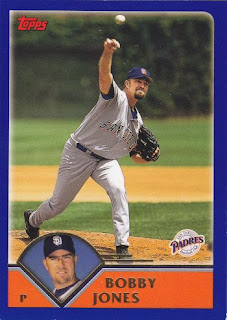 221 - Bobby Jones (Jones managed to lose almost 20 games in 2001 while still having a generic enough name that I can't say I have ever heard of him.) 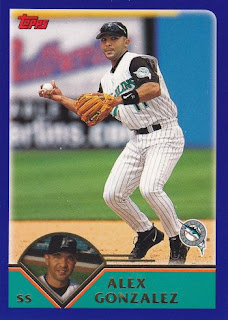 96 - Alex Gonzalez (Gonzalez was a career .240 hitter at this point. He's managed to raise his average just 8 points, yet still gets a significant chunk of playing time each season to this day.) 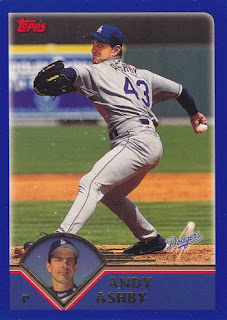 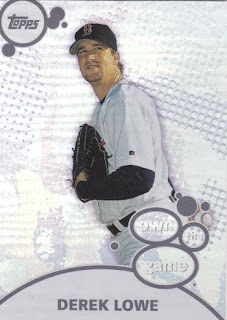 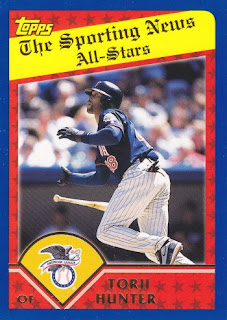 360 - Torii Hunter All-Stars (Further proof that Hunter is one of the all-around good guys of baseball: he's taking his move to right field in stride.) 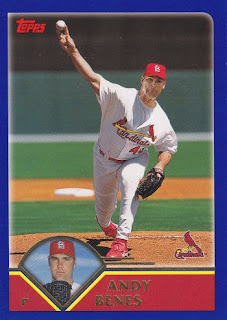 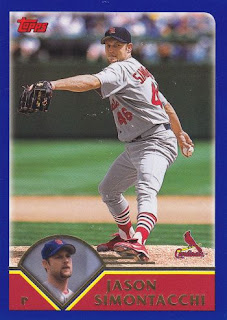 49 - Jason Simontacchi (I always credit Simontacchi with the Cardinals striped socks revival, although So Taguchi was doing it too and he came along in the same season.) 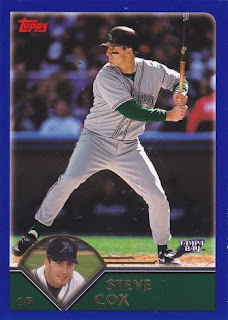 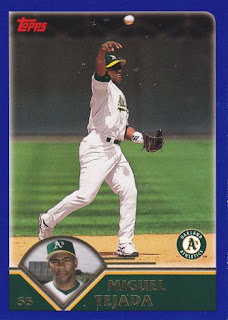 77 - Miguel Tejada (Say what you will about Tejada, but he did not age well when you look at his stats.)
- Home Team Advantage Trade Nights ad

This Topps set was its best set design wise since 1991. The blue borders just work