Written by TheBrooklynMet at 11:59 PM
The rack pack. Often tempting and more often translucent enough to make out a couple of cards. Since I had not yet gotten my hands on a pack of 2010 Allen & Ginter, I grabbed one that I saw at Target this past weekend.

So, first off the wrapper:

Here's what I got out of it.

First, the Madison Bumgarner RC (#6) that enticed me through the translucent packaging. 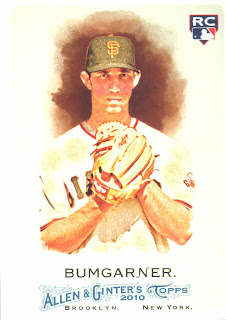 A nice card, though I have my doubts about Bumgarner and whether he will turn out to be even a #2 starter. 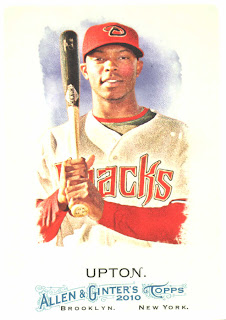 He had a huge surge last month, but has cooled slightly since then. 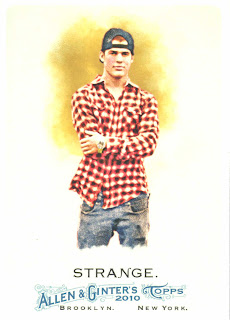 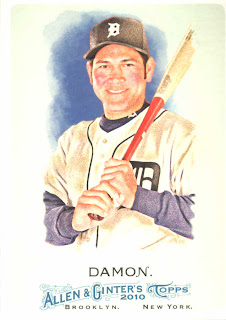 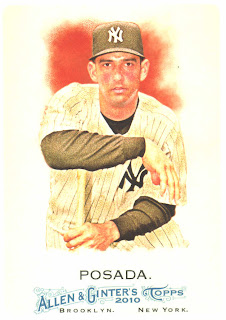 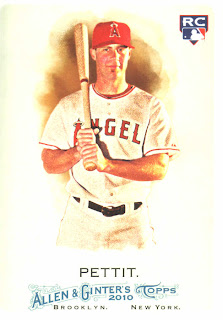 The bottom pack started with this Jose Lopez (#18). 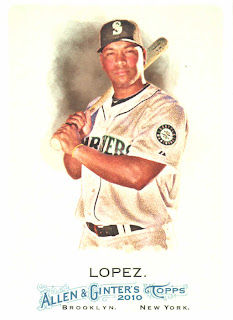 Then, it moved on to this Joe Nathan. Nathan happens to be from the same town in New York where I lived most of my life, so I enjoyed this card. (#337) 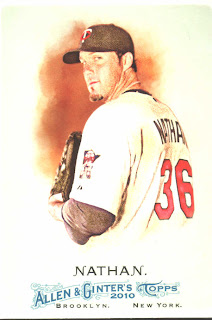 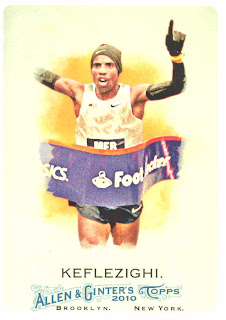 Keflezighi had Carlos Zambrano hot on his heels. (#91) 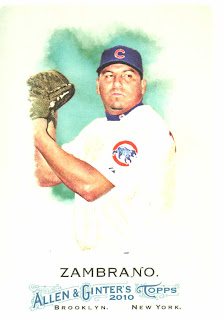 Next was this James Shields This Day in History Card. (#TDH 61) 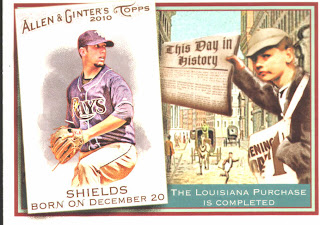 Wow, born on the same day as the Louisiana Purchase was completed. That must have been exciting for him.

Last, but not least (unless one considers card size) as this mini Isaac Newton. (#297) 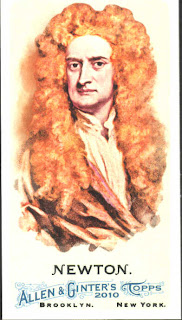 Well, hope you enjoyed these. They are all up for trade, though my favorite from the pack is the Joe Nathan card. I also posted some other 2010 Allen & Ginter stuff on my blog. Shoot me an email if you are interested in anything.

You must have been happy pulling two Yanks! Don't take my Yankee hating post personal!

The fact that there are only 12 cards in a "rack pack" pretty much illustrates what I think is wrong with modern day collecting...

Yes, those two yankee (one former one present) cards hurt. Unless I can turn them around in a trade it made it almost a 10 card pack.