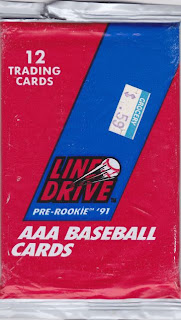 Here's another pack from the Giveaway. it's the companion piece to the 1991 Line Drive AA set. Naturally, while these packs always had a better shot at name recognition with me when I was younger (not to mention Portland Beavers cards), the AA set had the better player selection overall. Can anyone imagine tossing a pack of minor league baseball cards in with their groceries on a trip to the corner store anymore? 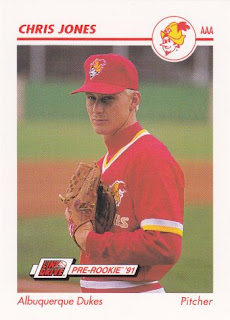 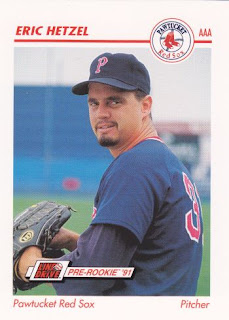 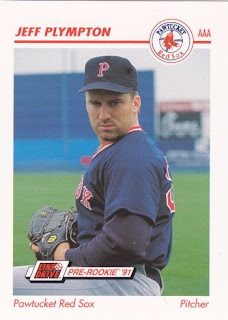 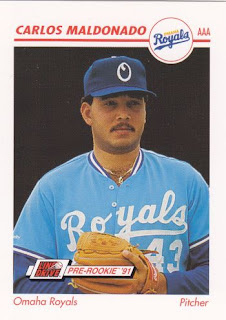 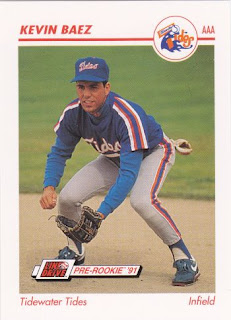 551 - Kevin Baez (Major League Games: 63. Baez bounced around the minors for more than a decade, but did not appear in the majors after 1993 with the Mets.) 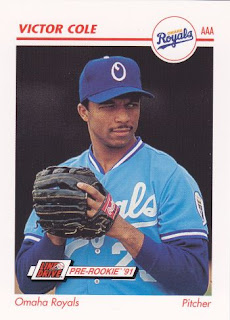 331 - Victor Cole (Major League Games: 8. The Russian-born Cole started 4 games with the Pirates in 1992 and made 4 additional appearances that season out of the pen.) 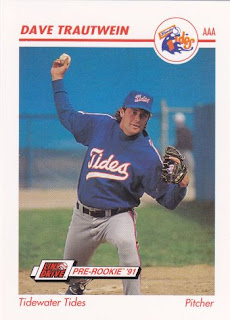 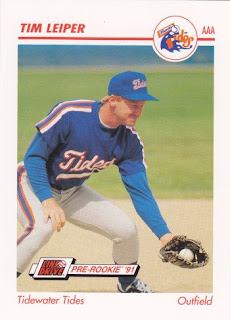 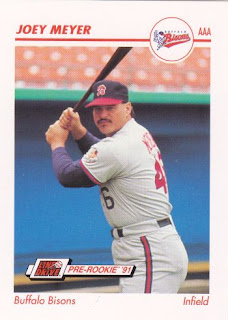 36 - Joey Meyer (Major League Games: 156. Meyer was a pretty serious power prospect in the late '80s, so it surprised me to see that he didn't appear in the majors after his second season - 1989. I believe he was even a Donruss Rated Rookie.) 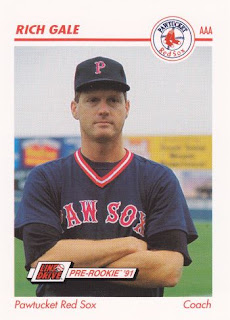 375 - Rich Gale (Major League Games: 195. The Paw Sox pitching coach logged 7 seasons in the majors and was named The Sporting News AL Rookie Pitcher-of-the-Year in 1978, finishing 4th in ROY voting overall as a member of the Royals.) 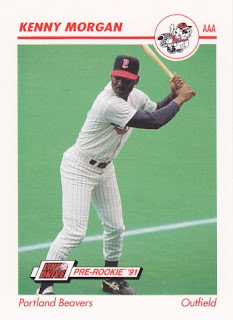 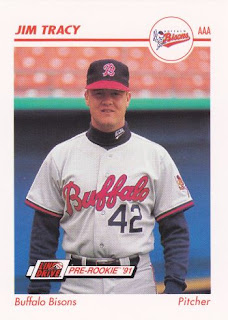 Weird to see Gale, still lookin young enough to be a AAA player

I felt minor league cards were perfect when produced at this level of quality. No super glossy crap, no UV coating, no foil, no chrome, just a clean card on decent card-stock on par with what Score was issuing at the time.

The only two things that hurt this set were massive over production (unopened boxes for $3.99 at KBToys by 1992) and the lack of any really top-notch prospects. There were some great players, to be sure (Tino Martinez, Eric Karros, Bernie Williams, Mo Vaughn, Kenny Lofton, Mike Mussina), but no one on the Todd Van Poppel or Ben McDonald level...no red hot, overhyped prospects. Just a bunch of guys who would take a couple of years to really take hold.