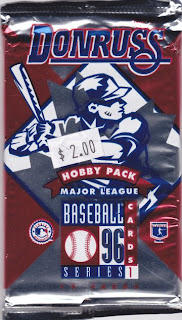 Here's a pack that was part of a larger purchase of '90s packs at 50 cents a pop from an LCS, or what the kids are calling a "Local Card Shop" these days. Personally, when I see LCS I automatically think League Championship Series, so it may take me a bit before I start really using that lingo. I think the wrapper has a really nice and classic design, which is something that would have probably caught my eye back in the day, unlike seeing someone like Barry Bonds on the front. 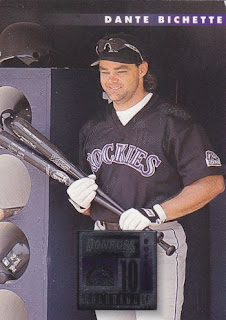 224 - Dante Bichette (Donruss sort of mucks up an otherwise decent borderless design with a strange box that is dark and doesn't scan all that well.) 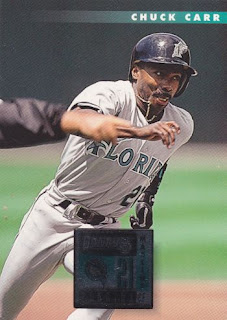 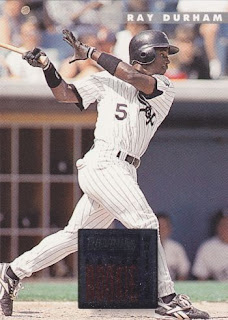 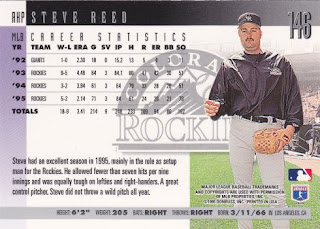 146 - Steve Reed (The card backs are busy, but very well done in my opinion. I wonder if this set will land on Night Owl's card back countdown.) 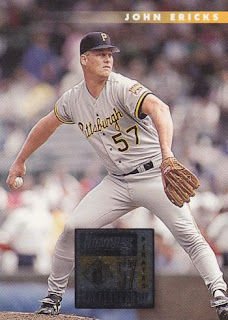 265 - John Ericks (Ericks was a big-time Cardinals prospect at one time, but didn't end up in the majors until 1995 with another team.) 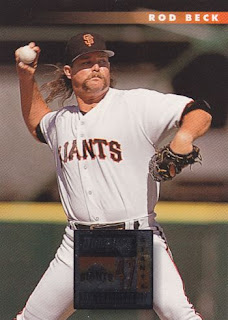 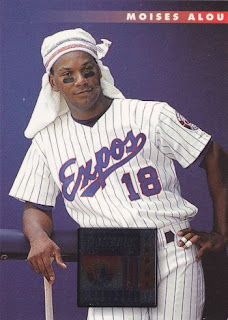 283 - Moises Alou (Alou is rocking the Lawrence of Arabia look.) 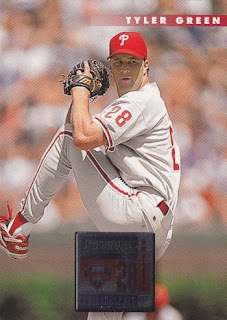 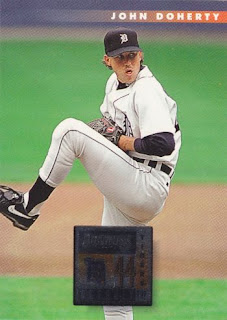 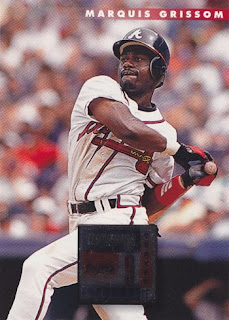 19 - Marquis Grissom (Grissom stole a lot of bases in relative obscurity up in Montreal. I still had high hopes for him and Delino DeShields.) 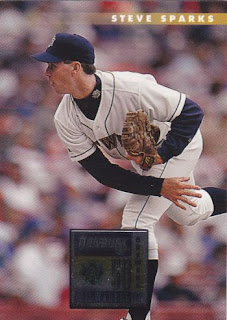 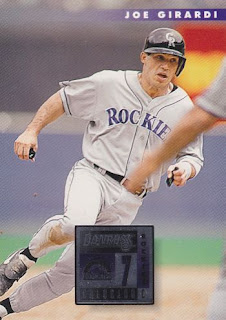 It's not on the countdown. It's a pretty standard card back for the '90s - similar to a lot of others.

I hate the fronts though. One of my least favorite sets of the '90s. That is the worst positioned logo in card history.