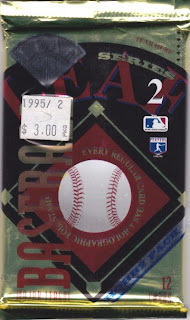 Last week I posted a Series 1 pack from 1995 Leaf. This should look familiar as it's the Series 2 version. Once again, this was just a 50 cent purchase despite the pack's price tag. 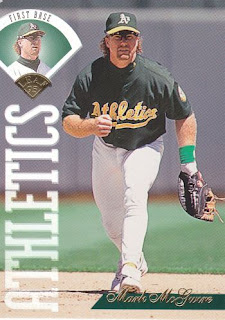 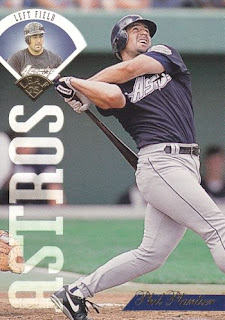 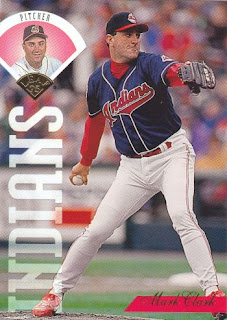 317 - Mark Clark (Prospect parent? Don't name your kid something that rhymes with your last name.) 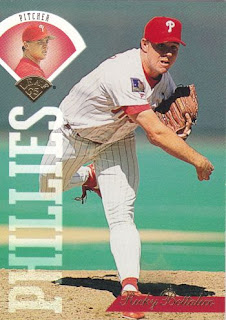 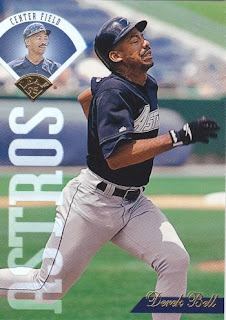 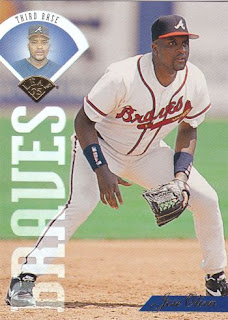 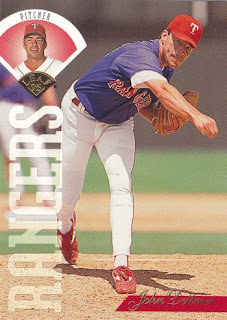 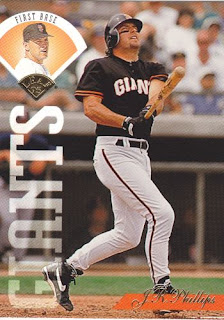 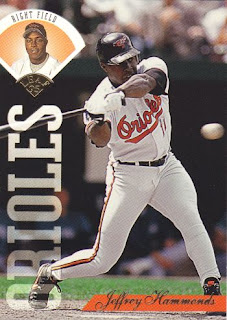 385 - Jeffrey Hammonds (Hammonds never really developed a lot of power outside of his one Coors Field-aided season.) 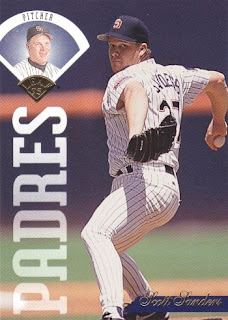 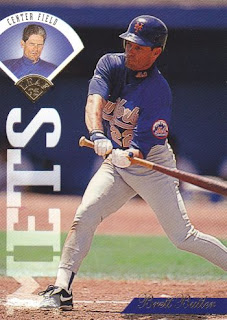 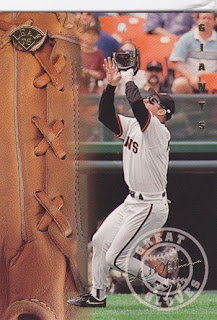 15 of 16 - Matt Williams Great Gloves (This is a 1:2 pack insert. Unfortunately, the card was pretty mangled before it came out of the package and has a weird extra strip of plastic coating that is peeling off of the card in a couple of spots. Very weird. Also, the huge glove image really takes away from the photo.)

That Bell card is funny. Looking.