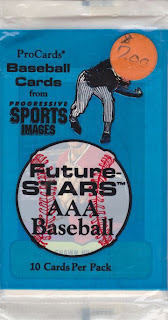 Here's another pack from the big Giveaway. There were actually three of these 1990 ProCards packs in the box, and two of them were hilariously priced at $7.00. It's worth noting that while these cards were released in 1990, they contained full stats from the 1990 season. My hope is to pull either Louisville Redbirds or Portland Beavers cards. Let's see how I did. 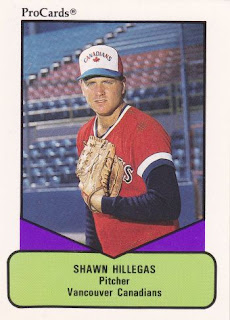 163 - Shawn Hillegas (Hillegas bounced around the majors for 7 seasons. His best full season was probably 1991 with Cleveland where he saved 7 games.) 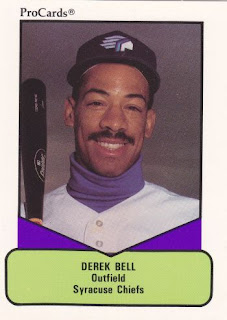 362 - Derek Bell (I was somewhat surprised to see that Derek Bell never made an All-Star team. He had his best years in the late '90s with Houston, driving in more than 100 runs twice.) 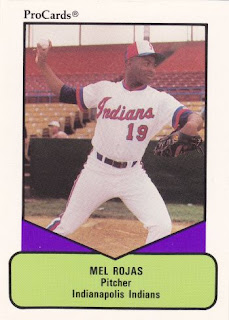 585 - Mel Rojas (Rojas pitched 10 seasons in the bigs, most notably as the Expos closer throughout the mid-'90s.) 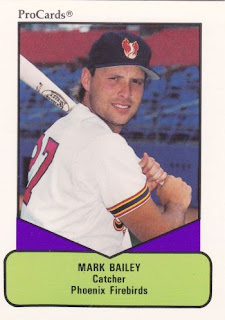 39 - Mark Bailey (Bailey was an Astros catcher in the mid-'80s. He would only make 29 more Major League plate appearances after this card was released.) 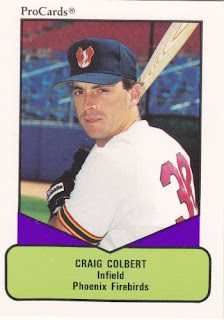 44 - Craig Colbert ("Dewey" Colbert only appeared in 72 big league games. He managed the Portland Beavers a few years back and is currently an advanced scout in the Phillies system.) 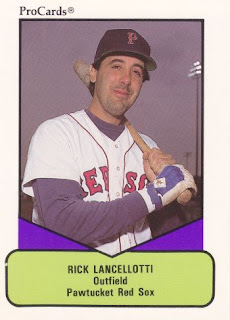 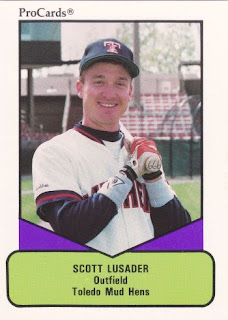 393 - Scott Lusader (Lusader was an extra outfielder for the Tigers for a few years who couldn't hit his way into the lineup. He had a career OPS of .659.) 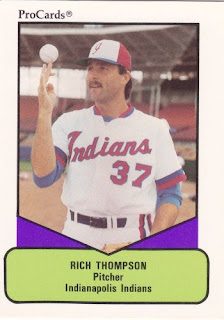 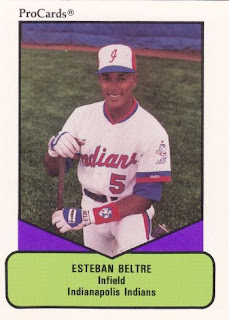 564 - Esteban Beltre (Beltre was a utility infielder who appeared in 186 games for the White Sox, Rangers and Red Sox over 5 seasons in the '90s.) 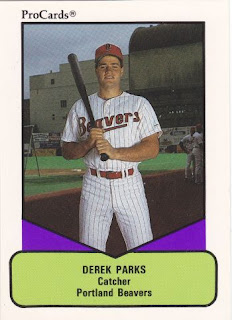 251 - Derek Parks (Finally, a Beavers card. Parks was a third catcher type with the Twins who got into 45 games in 3 seasons. The background of this photo is more interesting to me than Parks.)
All of these cards, plus the cards from the other two ProCards packs will go into the pile of minor league stuff that I'll be giving away to team collectors later this year.

This is a perfect example of why Bowman should only contain players who make it to AAA. Most of these guys at least got a shot in the majors, while 70% of Bowman's roster never gets a cup of coffee. -Andy

Lancelotti played some in Japan during those gaps.

I am in the bowman set and take offense. I got plenty of coffee.