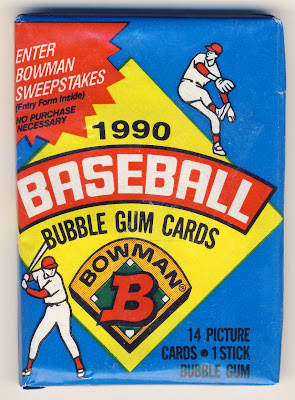 Bowman Rebirth Mark 2, Mark 2. A return to "normal" sized cards after the over sized experiment of 1989. 14 cards...for what I remember costing 50 cents originally and also last week at the card show in Topeka.

Overall I'm not really a fan of these cards because well over a majority of them are simply spring training shots...and the other non-"just standing there photos" are weak if not weird [case in point, the final card of this pack]. 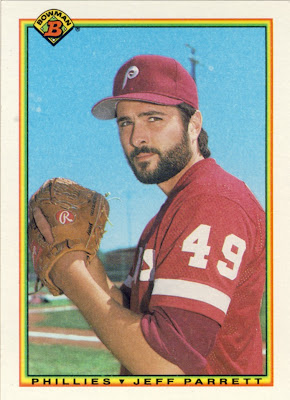 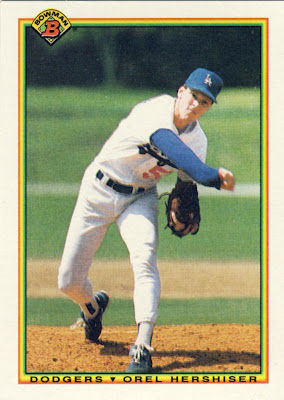 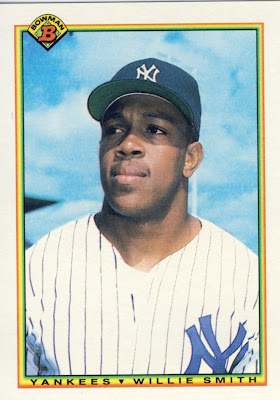 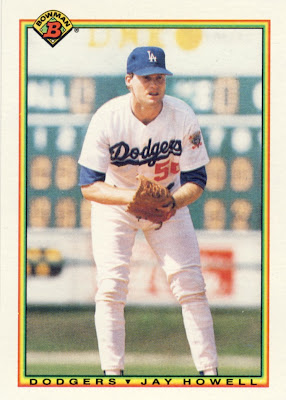 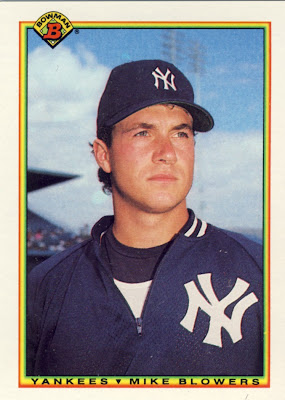 Not "Lenny" by the way...this is the card from the end of the pack which was against the wax seal... 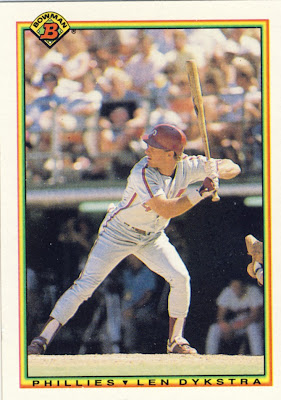 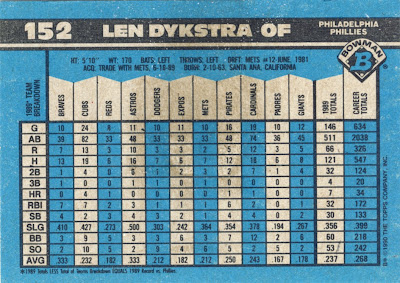 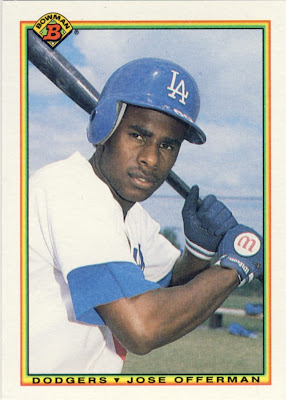 I've mentioned this before, but I really enjoy these Bowman contest cards...best contest cards ever I think I called them. 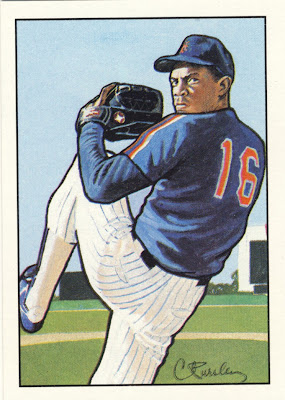 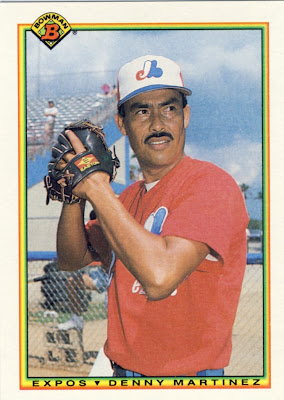 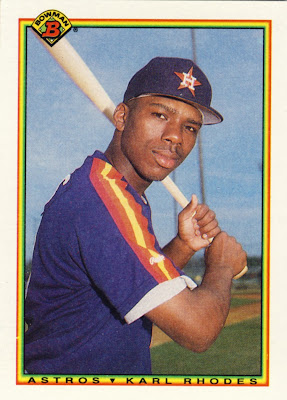 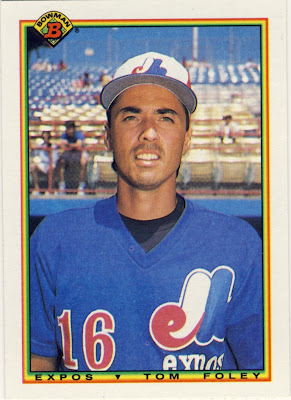 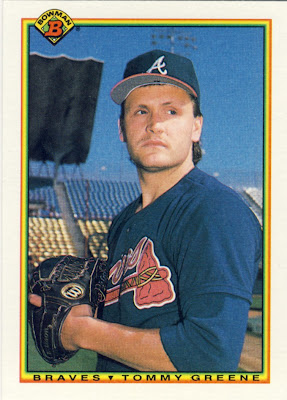 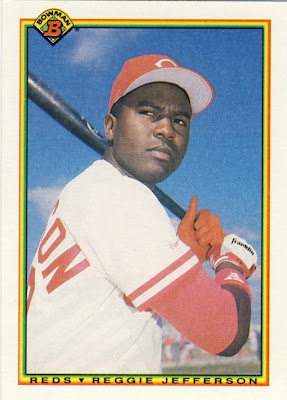 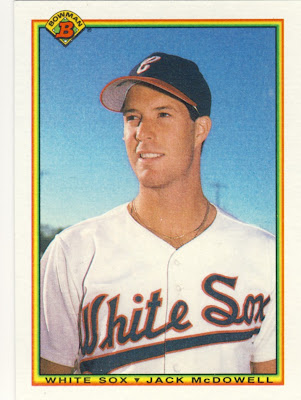 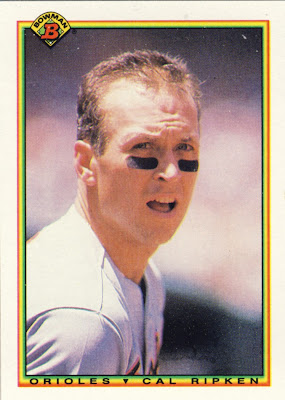 Email ThisBlogThis!Share to TwitterShare to FacebookShare to Pinterest
Labels: 1990 Bowman

As much as I love it, '89 Bowman has some boring shots (look at the Orioles).

But, as I found out today, they look nice autographed.

I think I only have two or three cards from this set.

Wow, cool. I've yet to try my first TTM.

Forgot how incredible these cards were. Seriously that Reggie Jefferson is the stuff of legend. Almost all these pictures give off a vibe of "player X was getting his picture taken by respectable photographer Y when not-so-respectable photogrpaher Z swooped in and took a not-so-discrete snapshot from ten feet away." Somehow Bowman bought into this concept (or wanted to pay ten cents on the dollar for these puppies) and made this legendary set. Hated it as a kid but love it now.