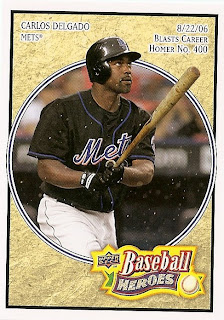 #110 Carlos Delgado. This card commemorates Carlos' 400th career homer. I wonder how many of them have been accompanied by "DEL-GOT-IT" on SportsCenter? My guess is 179. 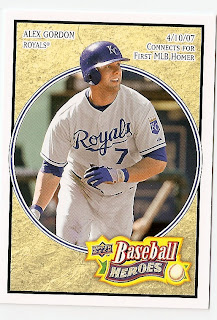 #79 Alex Gordon. From Delgado's 400th to Gordon's first. I'm going to go out on a limb and guess that Alex isn't going to hit anywhere near 400 in his career. Sorry dude. 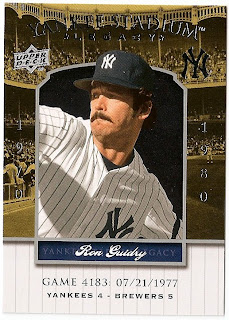 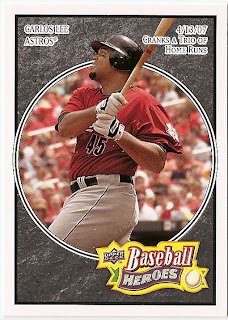 #75 Carlos Lee. This is the one per pack retail parallel. I think UD refers to the color as charcoal. Grey would probably suffice. 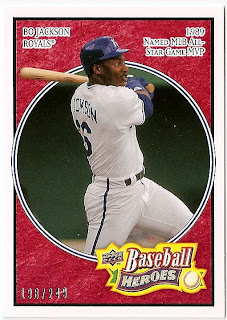 #81 Bo Jackson 198/249. Upper Deck doesn't print insert odds on their packs so I'm just going to say that these red parallels come one in every 3483.4 packs. Approximately.

Not a bad pack at all. A numbered parallel, the horse, an old Yankee, a Met (eww...) and Alex Gordon.

For the sake of comparison, here is what Heroes looked like back in 1991. 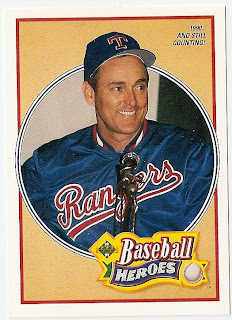 haha - nice Bo Jackson odds. I'd take those, and that's a helluva card too.