Written by Alec at 5:55 PM
Today I have a pack of 2003 Bowman Heritage for your viewing pleasure. This set was based off of the designs for 1956 Bowman, a set that didn't exist then since Topps had bought Bowman before they could make a 1956 set, but after they designed it. At least I think that's how I remember hearing this in 2003.
And now, the cards...
#74, Mark Teixeira (this is the "veteran" design) 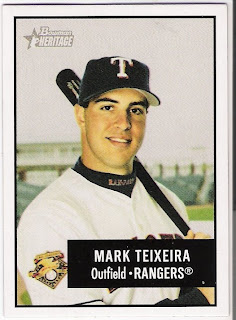 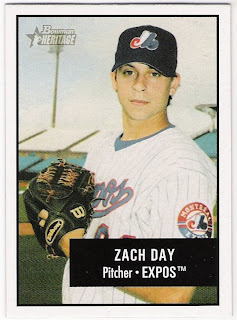 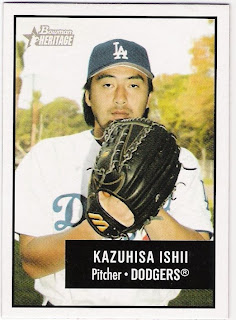 #172, Phil Rizzuto (this is the design used for all of the prospects, but I'm not sure why such a legend is part of this design) 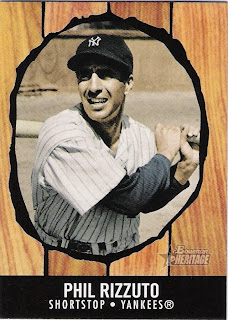 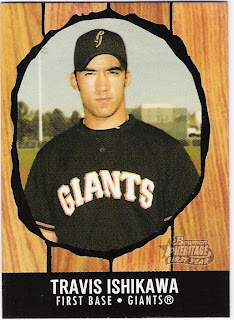 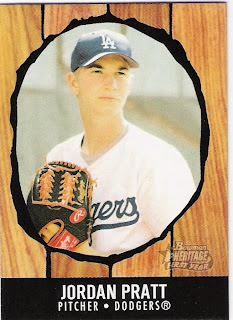 #140, Curt Schilling (the one-per-pack "signature" parallel...this is also thicker)(and my favorite memory of Schilling is him co-winning the 2001 World Series MVP with one of my favorite players, Randy Johnson) 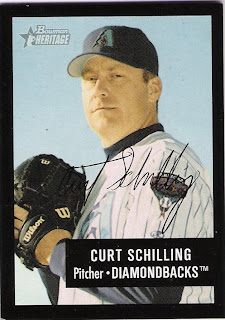 #182, Felix Pie (the one-per-pack "rainbow" parallel, and yes, you did get two parallels a pack) (and as the back of the card will remind you, it's "pronounced p-ay") 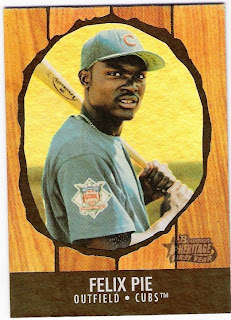 So a great mix of cool veterans and people that are either has-beens or that I've never heard of. Still a fun pack and a great product!