Written by Matt Runyon at 2:28 PM
Here's the pack. I bought it for $2.50 while driving through Taylorsville, Utah. I also picked up a pack of 1981 Fleer, which I'll post about in a few days. 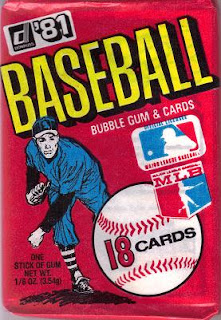 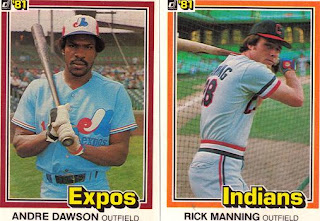 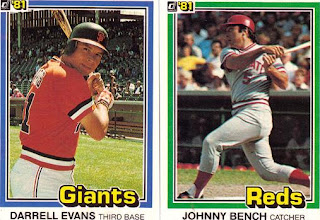 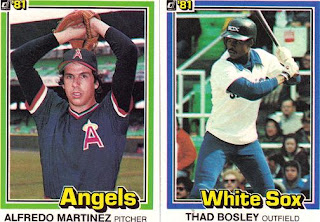 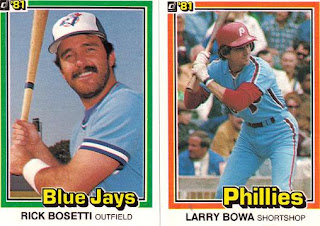 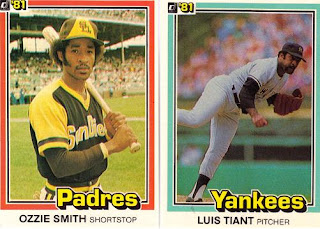 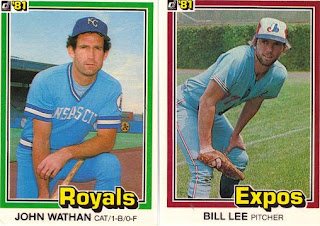 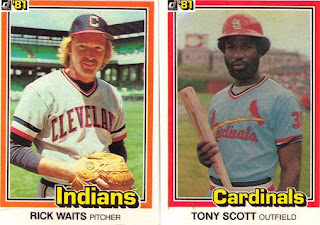 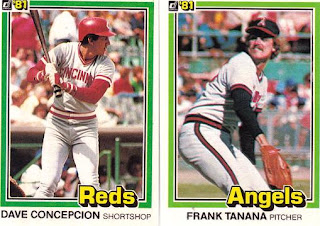 Here's the reason I had to guess at Mirabella's card number: 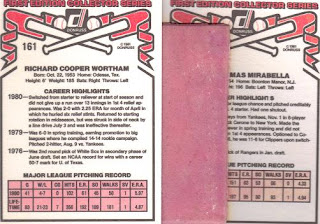 The gum was stuck to the card.
If I would have opened this pack as a kid, I would have been happy. Two Big Red Machine guys (Bench and Concepcion), a Phillie (Bowa), and a Giant (Evans). Those were the three teams I rooted for the most during that time. Dawson would also have been a good card to get. I knew Ozzie Smith was a great fielder, but I had no idea he was on his way to a Hall of Fame career at this point. Tanana and Tiant also would have been good cards to get. So not a bad pack. :)
This set suffered from miscuts, color problems, and blurry pictures, but it was a nice debut by Donruss.

According to my 1990 Beckett, Mirabella is indeed card number 151.