Written by Johngy at 6:44 AM
The tv series Welcome Back Kotter debuted on September 9, 1975 and lasted for 4 seasons. Topps produced a 53 card set of the popular show. 53 cards? Each pack had 10 cards an 1 stick of gum. 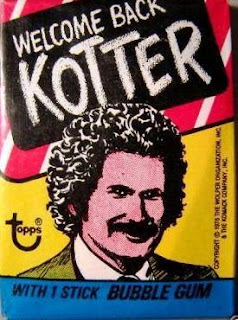 The first card is Gabe Kotter (aka Gabe Kaplan), who became a world class poker player. 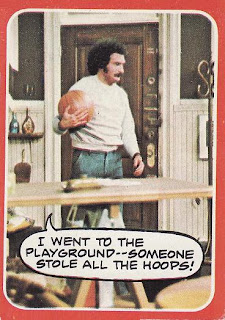 Arnold Dingfelder Horshack (aka Ron Palillo), shown in his trademark answering mode, is next. He claimed his name means 'the cattle are dying'. 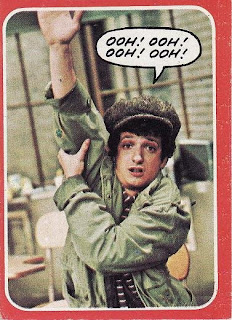 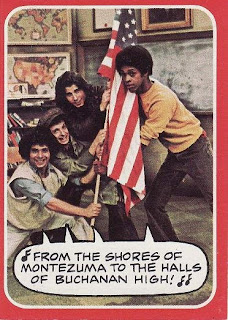 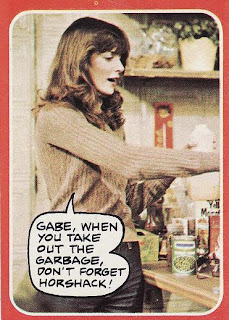 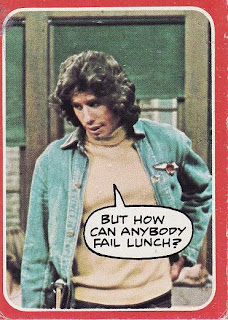 Horschak was supposed to have a spin-off series after his wedding episode, but it never happened. 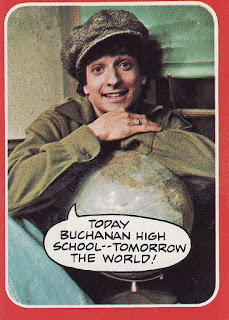 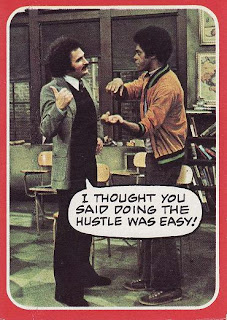 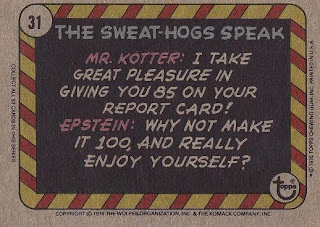 Up your nose with a rubber hose!

I had some of these cards back in the day.

Wow, was this show ever popular. I remember my baby sitter letting me and my brother stay up "late" to watch it and she laughed her butt off at that show.

When I was a kid, I had the 'action figures' plus the school house and everything. It was 'cool to play school.' :-) Awesome pack!