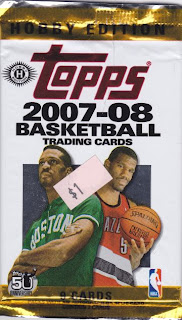 The NBA Finals begin later tonight, so I thought I'd throw an NBA pack up here. I bought this a couple of weeks back for $1 with hopes of picking up a Greg Oden rookie card. It looks like I'll just have to settle for this unfortunately torn wrapper. 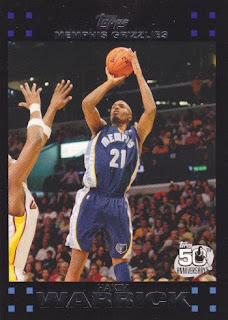 79 - Hakim Warrick (I hear his name and think of a football player. Maybe I'm thinking of Peter Warrick?) 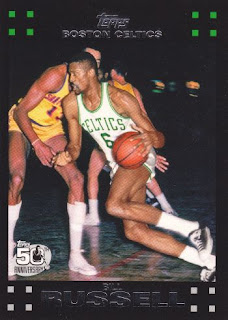 6 - Bill Russell (Back in the day, the NBA could not afford to properly light their arenas. Nowadays, the Lakers are the only team that can't seem to light their arena properly, most likely because they spend their entire budget and then some on marketing Kobe Bryant to the masses.) 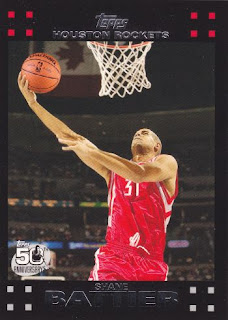 19 - Shane Battier (Oh, where was this card when I was setting Rockets on fire?) 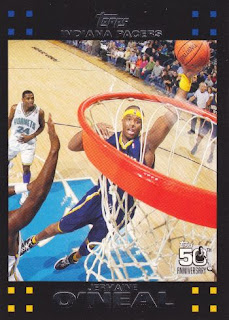 7 - Jermaine O'Neal (I once stood in line behind this guy for greasy carnival food at an annual Portland pre-summer festival when he was still a teenager. He was hanging out with a friend and being a kid. He spent 4 years with the Blazers riding the bench until he was traded for Dale "The Big Pump Fake" Davis and became an All-Star.) 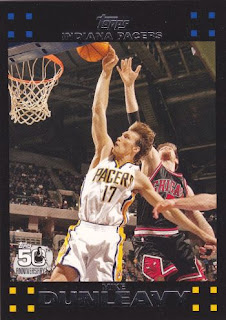 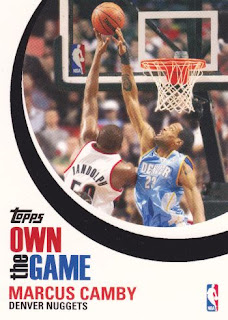 OTG7 - Marcus Camby Own The Game (Camby is Owning The Randolph, which actually doesn't bother me as much as you'd think being that I tend to love all things Blazers.) 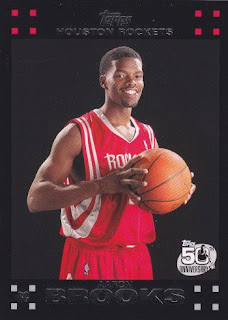 135 - Aaron Brooks (Here's the card of the pack for me. Brooks was an Oregon Duck and increased his visibility significantly in the playoffs this season. This rookie card would actually probably fetch a couple of bucks at a card show or shop around where I live.) 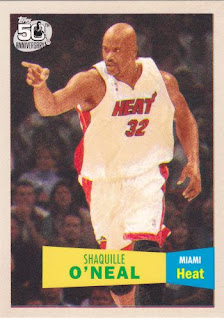 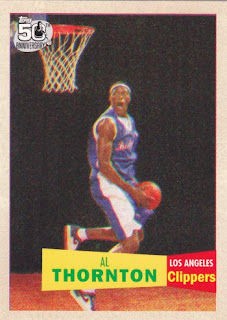 124 - Al Thornton 1957-58 Variation (Same thing applies here. This photo is pretty strange and hilarious though.)
Hopefully the Magic will stomp the Lakers.

Don't burn a Battier! That's my dog! Save the fire for Denver's Birdman.