Written by Ben at 9:52 PM
I was at Wal Mart this morning buying some eggs and I noticed two old guys stocking the baseball card section. But they'd just gotten there and I didn't want to hang around so I figured I go back later and maybe get there before someone else searched through the box.

Well, I went back about 8pm, and the box had been rifled through, but I did manage to find five packs that were unmolested. So, here's one of them.

We all know what the wrapper looks like, so I'll skip that... 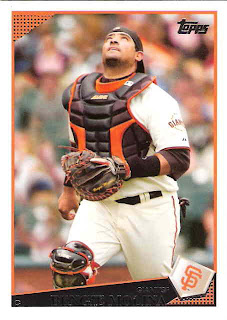 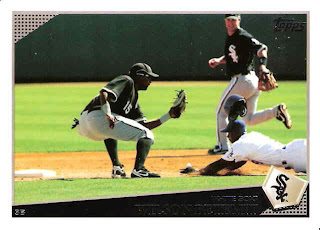 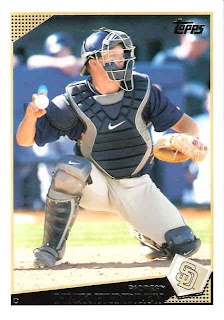 514 Nick Hundley - This is a great shot! And yes, I like catchers in their gear.

Ok... over all, this pack sucked. I haven't opened the other four yet, but this one was a let down. Before these packs, I've bought one blaster, that's it. I had 65 cards of the set. There were six... SIX FREAKING DOUBLES, in this pack. And since the Topps Town card counts as one of the twelve, I only got five new cards. Grrrrr...

If anyone else is working on '09 Topps, here's a list of what I've got for trade. I'm sure it'll be updated later tonight if the other four packs are as bad.