Written by --David at 11:51 PM
Sometimes, you just have to be in the 'right' place. In this case, our hometown had their annual "Chicken and Egg" festival on Saturday, and the Arkansas Game & Fish Commission had their traveling live fish exhibit in for the festivities. Once I saw they had trading cards free for the taking, I knew I'd be posting them here. 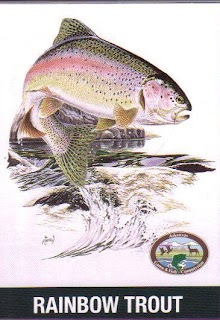 I do not fish and know very little of the sport. I know who Bill Dance is, for whatever that's worth. The cards feature the fish in question on the front, along with the AG&F logo and the name of said fish. 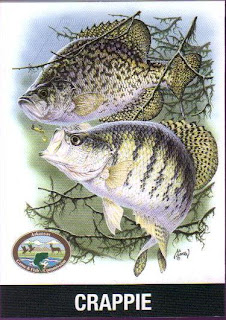 The fish above is pronounced "krah-ppy" rather than what one might think. I learned that the hard way. 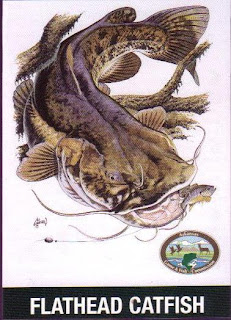 Honestly, I'm not sure I'd eat as much fish as I do if I had known this is what they look like 'before.' They're ugly. 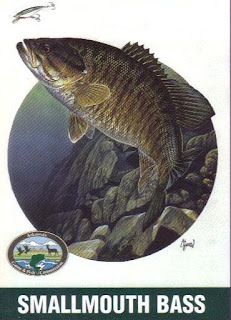 The set has ten cards in it, and I will show the back of a card below. The backs contain all kinds of information about the featured fish including the species, habitat, and tips for finding/catching the little guy. 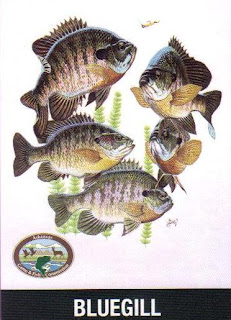 The artwork on the cards is actually very good, and in a lot of cases very realistic (as opposed to looking like a cartoon or heck looking as if it were painted at all). 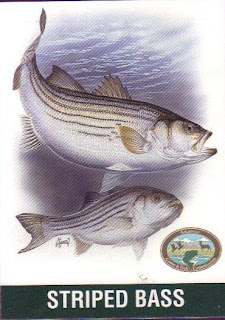 In addition to tips and habitat, several cards feature the 'largest one caught' in Arkansas, should you be asked such a thing during a game show. 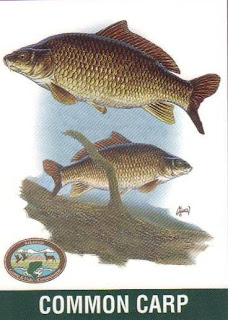 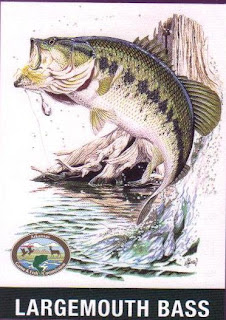 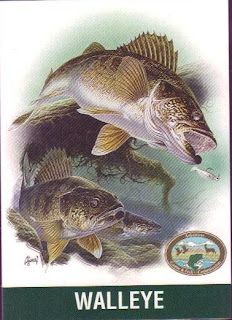 Despite looking as if this fish should be pronounced the same as a recent Disney/Pixar movie, it is actually pronounced "Wall-Eye." 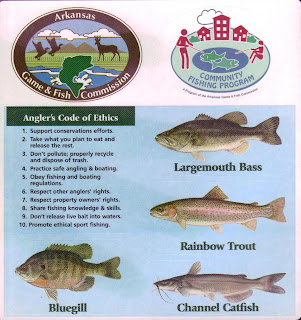 Along with the cards, there was also a sheet of stickers, which of course I could not pass up for posting here! 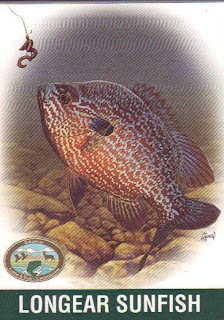 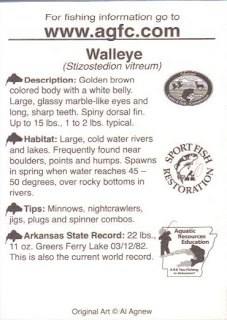 Here is the back of one of the cards... A whole lot of detail about fish.

I wouldn't be surprised to see a "Fish of Arkansas" insert set in A&G's 2043 release.