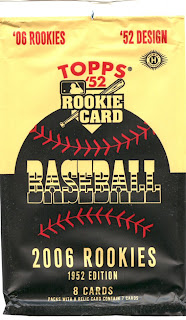 This is another one of those random hobby packs I grabbed at the card shop last Friday, and another one that was loaded with goodies. I picked up 2 packs of of this stuff, and here is the better of the 2. Pretty much every pack I picked up that day had a hit in it, with the exception of the second pack of '52 Rookie Edition, and the one pack of '09 Legendary Cuts that I snagged. 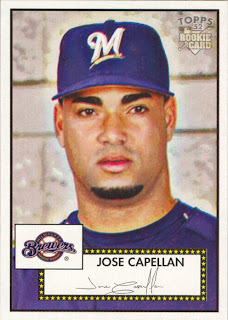 #162 Jason Windsor. Former 3rd round draft pick who made his Major League debut pitching against the Orioles. Wonder if he won? For some reason the Orioles struggle against Minor League pitching. 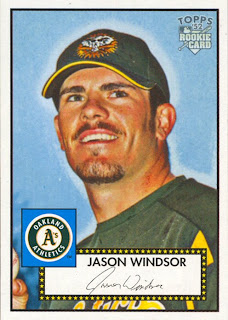 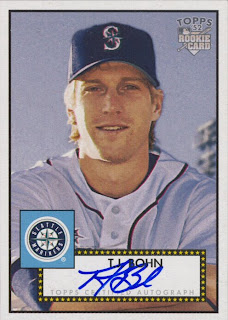 #DF-20 Ivan Rodriquez. Guess these are rookie reprints on the '52 design. This is the second one of these I've pulled, the other is Jorge Posada. Both catchers... weird. 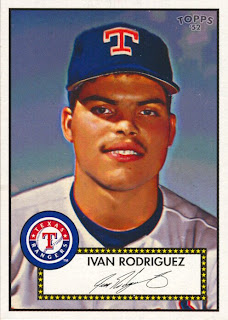 #190 Cory Morris. Never heard of this guy, and he's an Oriole. Kevin has some info about him though, and it explains why I've never heard of him. 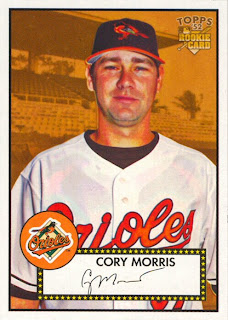 #311 Mickey Mantle SP blue variation. At first I was all like "oh great, another Mickey Mantle card". Then I did a little research. This is the most valuable (haha) of the 5 Mantle short prints in this set. The others are basically the same, but with different colored backgrounds. Really, I just wish this were a real '52 Mantle. 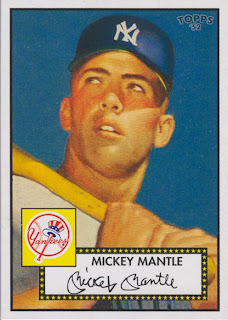 #124 Joey Devine. I initially drafted this guy on my fantasy team. He was a late round pick, and I was hoping to get some saves and K's out of him. Too bad he's out for the season. 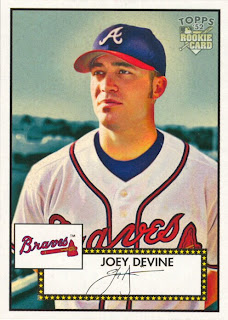 #217 Jonathan Broxton. Night Owl, I'm putting this in your pile. 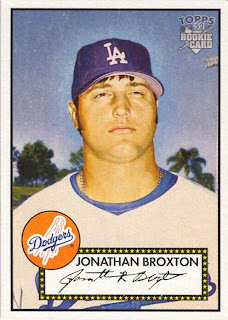 So yeah, good pack, with the auto and Mantle SP. If anyone sees anything they need or like, all cards are for trade.