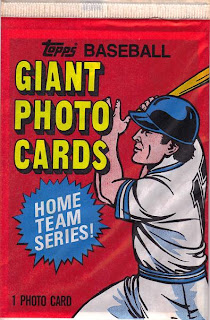 These were 20 cents each. If the pack is held to the light the last part of the player's name could be read. 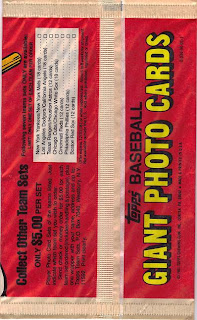 The wrapper backs had a mail-in offer to get the teams that weren't sold in the area. 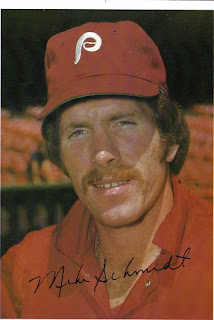 Michael Jack Schmidt!!!!!
The front is a 5 x 7 picture of the player with a facsimilie autograph. 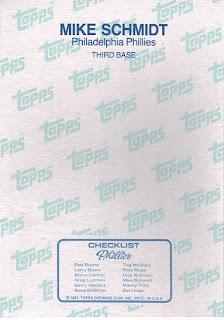 The backs just have the player's name, team, position, and a team checklist.


I grew up in Phoenix, so our "home team" was the Dodgers/Angels set. Topps missed out by not doing a bay area set (Giants/A's). They probably could have done a Tigers/Brewers set and a Cardinals/Braves set as well. These are pretty nice cards that are easily attainable on eBay.