Written by Johngy at 7:17 AM
The face-painted rock band Kiss formed in 1972. By 1978, they were huge all over the world. They were so big that Donruss produced a 66 card set of the band.
The cards had numbers on the front because the backs formed a big puzzle. Ordinarily, I wouldn't like the multi-colored, snazzy frame around the pictures, but somehow it works for KISS. 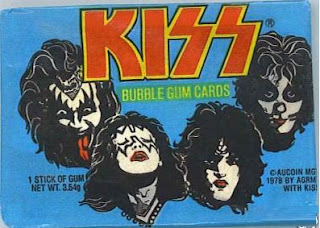 A great group shot probably at the end of a concert. 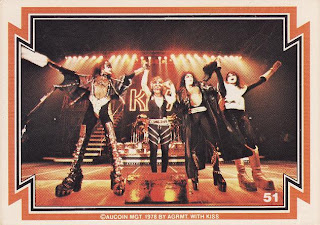 A close shot of the star-child, Paul Stanley, although it appears somewhat pale. 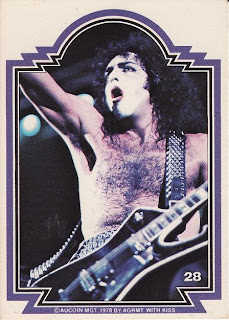 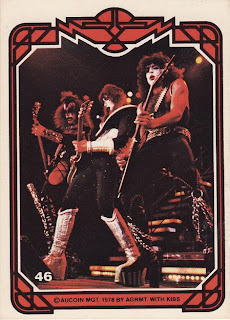 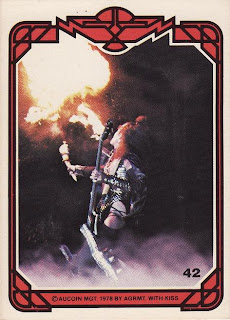 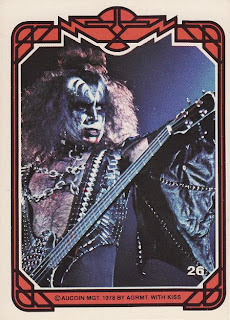 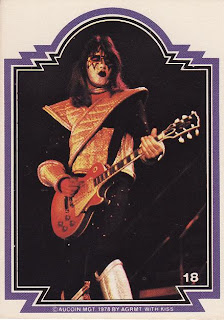 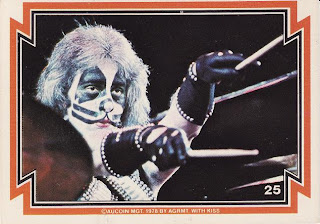 I absolutely LOVED this set as a kid. I remember that I stole a Gene Simmons card from one of the guys in my grade 6 or 7 class. One day I will track down all 66 cards and reclaim some of that "lost childhood" stuff. Maybe find the mailing address for the guy I stole Gene from and send him a mint replacement to recapture some of that lost karma too. =P

wow!!!! the really amazing stuff in the upper post is the fact that this guy replace the stolen card!!!! (long time later) i still have lot of this cards and i love too =P