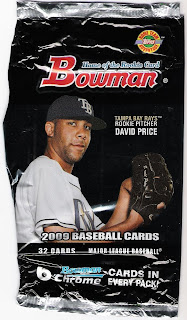 Well, we've already had the Hobby and Retail versions of this, so why not complete the trifecta and show off a pack of the jumbo? 32 cards, 6 Chrome, but anything worthwhile? Let's see...
106 Yovani Gallardo
14 Ryan Howard
66 Daniel Murphy
122 Alexi Casilla
50 Felix Hernandez
30 Torii Hunter
53 Jay Bruce (looking positively perplexed at life around him) 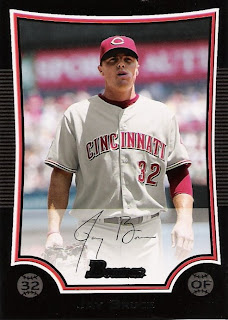 38 Dustin Pedroia (the famous high-five to no one...nice) 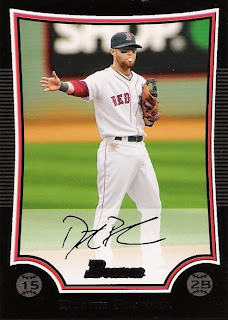 126 Javier Vazquez
BP28 Jeremy Farrell Blue Parallel #'d 325/500 (he went to high school about 10 minutes from my house! (St. Ignatius in Cleveland) Pretty sweet to get a local guy, even if I've never heard of him) 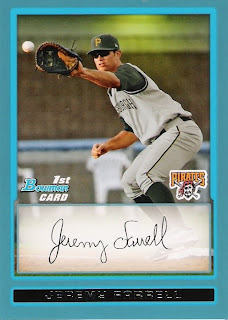 BP38 David Freese
BP39 Jon Kibler
BP2 Oscar Tejada (front says Tejada, back says Tejeda, which is it? Not exactly the mystery of the century but whatever)
BP67 Jason McEachern
BP81 Rene Garcia (he's only 19 but he looks even younger here) 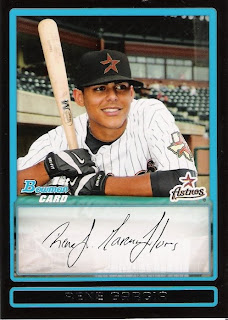 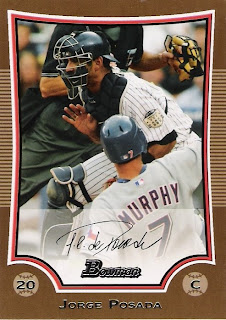 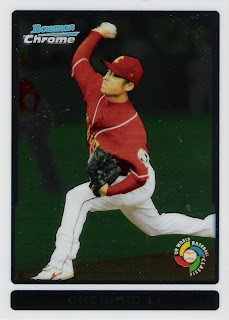 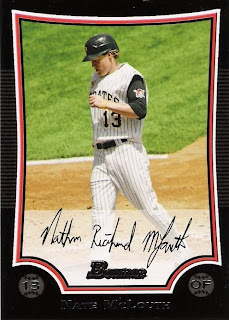 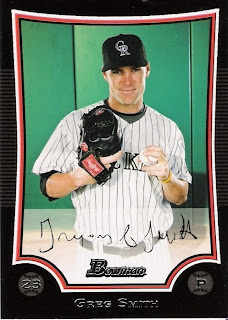 140 J.D. Drew
195 Andrew Carpenter
Checklist 3 of 3
Well, since I know nothing about prospects, this pack might have been amazing or horrible...but fun all the same! (I know that's open for discussion...) I will also have some older Bowman to post this week too, so be sure to come back!

In a few years you'll be rich from all the rookies...

At least, I think that's how Bowman works.