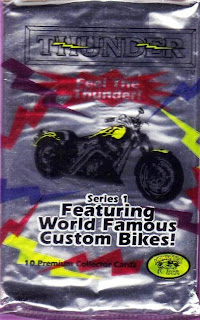 This is one of the shiniest wrappers I have ever laid eyes on. It is silver foil goodness before you even get into the pack. Unfortunately, that's where the shiny-ness ends. 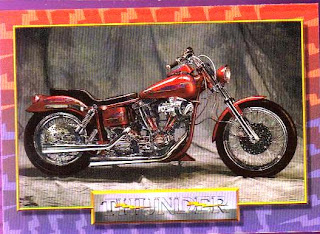 There are ten cards per pack. Each card features a custom motorcycle. 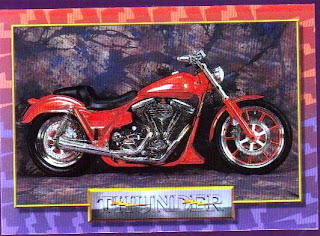 The fronts have some funky borders with the bike as the central focus. Except that in a lot of the pictures, it's too hard to see the bike! 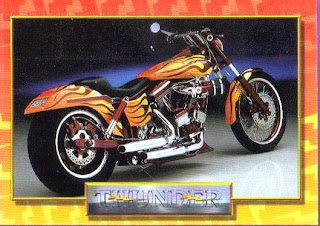 I suppose, much like many other trading card themes, there are just so many ways to photograph the subject. Evidently, the two most popular views are of the right side or at a right-oriented angle. 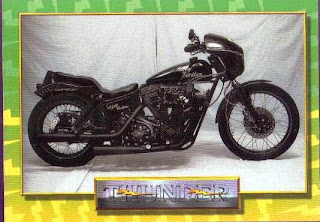 I do have to say that some of the bikes do look pretty cool. 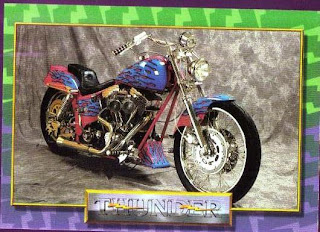 I think it would have been better to put the 'name' of the bike on the front in place of the huge "Thunder" logo... 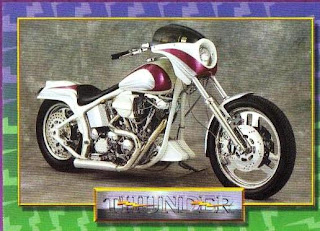 As you'll see below, the backs have more information about a motorbike than most baseball cards have about the players they portray! 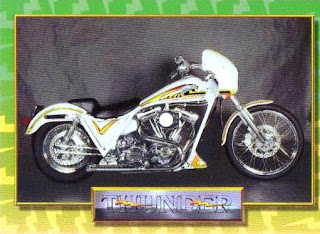 Hey, I just wanted to thank you for sticking with it this long.... 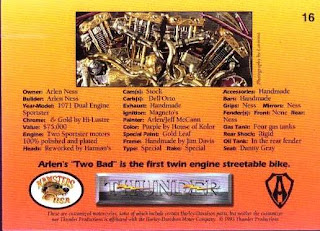 The back of the cards list the owner, the builder, the year-model, the person/company that did the chrome, the value... wait, it lists who did the chrome work? Really? It can only go downhill from there.... In fact, you could basically take the information on the back of the card and build your own version of the pictured bike, if you were so (mechanically) inclined... Well, isn't that special?

Email ThisBlogThis!Share to TwitterShare to FacebookShare to Pinterest
Labels: 1993 Thunder by Collector's Edge